Empower Maasai women to lead in the combat to end FGM!

Empower Maasai women to lead in the combat to end FGM! 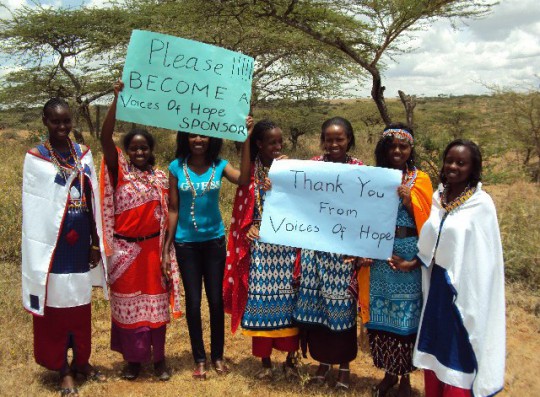 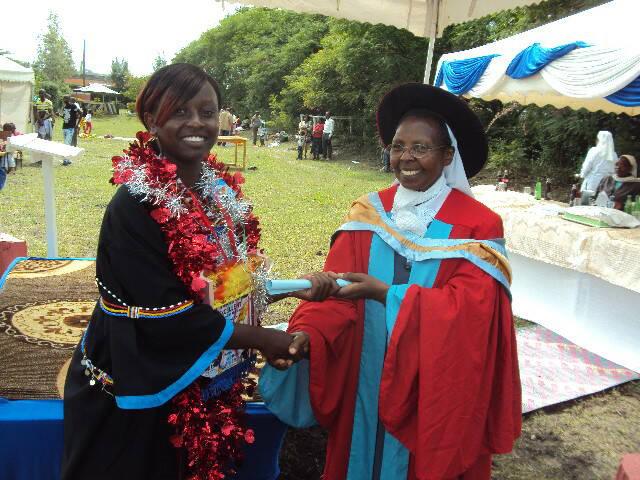 Isabella (left) completed her Certificate in Early Childhood Development and is now pursuing a degree in Education. When she is not attending class, Isabella is a volunteer pre-school teacher, working with young Maasai children in her community. Isabella has used her leadership skills to earn her community’s trust and has become a leader and role model for her students and young Maasai girls. She is an active member of the women’s group at her church and has been encouraging the Maasai community to stop the practices of FGM and forced marriage. Isabella’s personal goals are to continue her education and to, one day, earn her PhD. For now, though, she is focused on advocating for the education of girls within her own tribe. Her dream is that girls within her community will have the same educational opportunities as boys.

UNICEF estimates that 27 percent of Kenyan women aged 15 to 49 have undergone some form of Female Genital Mutilation (FGM). According to Kenya’s latest Demographic Health Survey (2008/2009), the third highest prevalence of FGM in Kenya is found among the Maasai community - nearly three in every four Maasai girls and young women undergo the dangerous procedure.

While the international community has widely condemned FGM as a human rights violation, there remains a gap in the response to end FGM within Kenya’s Maasai community. Today, current outreach programs only target girls up to high school age, leaving many high school graduates without any options other than to return home, undergo FGM and be married off.

Poor and lacking qualifications and transferrable skills, these girls and young women face bleak life prospects. Either they submit to undergo female circumcision and forced marriage, or they escape to the nearest city where they fall risk to sexual exploitation, prostitution, and HIV/AIDS.

W4's field program, Voices of Hope, intervenes on the immediate-term to protect young Maasai women, aged 18 to 24, facing the highest risk of undergoing FGM and forced marriage, by granting them full scholarships to attend university and acquire the qualifications needed to find stable employment.

A particularly crucial component of this project is the provision of leadership trainings during the women’s summer and school holidays. When they aren’t attending courses at university, the young women benefit from targeted trainings in a variety of domains such as life-skills, health education, HIV/AIDS prevention, community development, and entrepreneurship. These educational sessions equip the young women with additional, complementary knowledge and skills they need to stand up for girls’ and women’s basic rights, equal opportunities and decision-making freedoms.

Once the young women have completed their university studies, they are encouraged to return to their villages, mentor other girls and women and take action to spark positive, lasting change. The project is designed to give voice to young Maasai women while respecting the local culture. The objective is for these young women to become empowered as leaders within the Maasai community in order for them to promote the community’s decision to eradicate the harmful traditional practices of FGM and forced marriage.

This project crucially fills the current gap in safety resources and empowerment services for young Maasai women of post high school age by educating and training them to understand their rights and to have the confidence and autonomy to demand the respect of these rights.

Empowered socially and economically, these women are better able to choose who and when to marry, to decide how many children to have, to keep their children healthier and send them to school, and to protect their own daughters from FGM. They will also be more capable of lifting themselves, their families and their communities out of poverty and to lobby for the improved social and economic inclusion of the Maasai community.

FGM is such an abhorrent practice. Thank you for fighting to eliminate this violence against women.

God bless you for the good job you are doing.

Thanks to the person matching this gift!

One of my favourite projects!