Give an education to Syrian refugee children

Give an education to Syrian refugee children 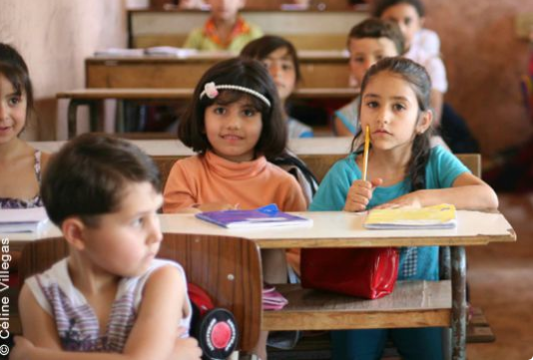 Syria descended into war following popular uprisings which began in March 2011. Three years of continued conflict have resulted in the loss over 150,000 lives and the displacement of over 2.5 million refugees outside Syrian borders. Children are the worst affected victims of the crisis in Syria, which is also intensifying humanitarian needs in neighboring countries, such as Lebanon and Jordan.

Hundreds of thousands of Syrian refugees, half of whom are children, have sought refuge in Lebanon. Today, Syrian refugees make up a quarter of the population living in Lebanon including an estimated 400,000 Syrian children, many of whom lack access to any form (formal/informal) of education.

The Lebanese educational system, which was already saturated, has not been able to absorb so many additional children. Out of school for months, indeed, even years, these uprooted Syrian refugee children are denied their fundamental right to education, guaranteed by the Convention on the Rights of the Child. Without access to education, their safety and futures are jeopardized.

W4’s field partner Yalla is providing urgently-needed schooling for Syrian refugee children in Lebanon who fled the Syrian conflict with their families. At the recently established Karam Zeitoon School in Beirut, Syrian refugee children are able to benefit from a safe and supportive learning environment, under the supervision of a qualified Syrian-Lebanese educational team.

Four days a week, the children can attend classes, taught by Syrian refugee teachers, in mathematics, Arabic, English, as well as therapeutic arts and recreational activities. At the school, the children have access to school books, school supplies, the support and guidance of specialized instructors and they receive a healthy school meal.

By giving to this program, you are offering vulnerable Syrian refugee children a safe haven from their extreme and uncertain living conditions, where they can benefit from an education. Your gift of the opportunity of education can make a world of difference for these children: schooling protects children from risks of exploitation, trafficking, forced marriage and even being enlisted as child soldiers in the fight for the liberation of their native Syria. It strengthens the children’s chances of escaping violence and poverty and securing safe, dignified futures for themselves and their families.

I hâve visitée the school myself. It is a beautifu

Aidez-moi a relever le defi! The race is on!!