« Making money is no fun. Contributing to and changing the world is a lot more fun.”

Social Business Day coincides with the birthday of Professor Muhammad Yunus—the inspiring leader of the social business movement that advocates an alternative concept of value creation: one that goes beyond narrow financial profits and makes it a company’s primary goal to address key social and environmental objectives. 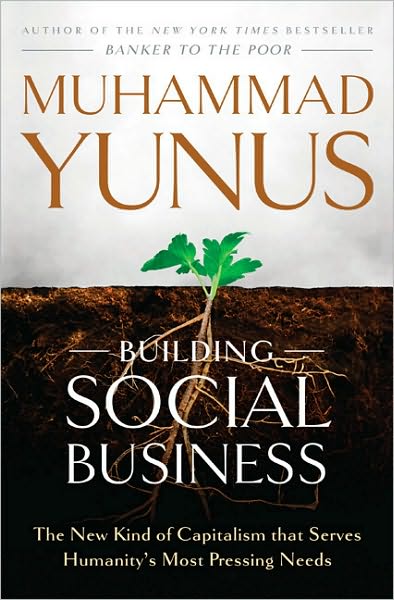 Professor Yunus’ concept of social business – first outlined in his book Creating a World without Poverty: Social Business and the Future of Capitalism and more recently in Building Social Business: The new kind of Capitalism that serves Humanity’s Most Pressing Needs – is essentially the antithesis of the profit-maximizing model that has long dominated the modern economic landscape. Guided by a strong social purpose, and characterized by a certain selflessness, a social business is a company that seeks to maximize beneficial social and environmental value whilst being sustainably profitable. Unlike profit-maximizing companies, which provide their shareholders with a dividend, social businesses reinvest all generated profit back into the business, thereby allowing the company to continuously expand its operations and to have a greater beneficial impact on the wider community. Yunus explains: “I’m encouraging young people to become social business entrepreneurs and contribute to the world, rather than just making money. Making money is no fun. Contributing to and changing the world is a lot more fun.”

In 2006, Muhammad Yunus joined forces with visionary business leader Franck Riboud—CEO of Danone—to establish Grameen Danone Foods in Bangladesh. Their shared objective was to fight the astonishing prevalence of moderate and severe malnutrition throughout the country. By producing a nutrient-fortified yogurt and selling it for the equivalent of just 6 euro cents per pot, Grameen Danone Foods ensured that even the poorest child could have access to their product and thus receive the vitamins and minerals that he or she so desperately needed. Today the company not only responds to the problem of malnutrition, but also provides many local people with sustainable income opportunities: the milk for the yogurt is bought from micro-farmers; plant workers are paid the market wage; and women sell the yogurt door-to-door, earning a 10% commission. Through its community-based business model, Grameen Danone Foods has now created more than 1,600 jobs for local Bangladeshis. The company is also dedicated to preserving the environment: the plant is equipped with a rainwater recovery system, so as to not deplete groundwater levels, and relies on solar power for much of its energy generation; meanwhile, the materials used in the packaging of the yogurt are entirely biodegradable.

Gaining impressive momentum across the globe, the social business movement has been energized by enthusiasts who are determined to take the future wellbeing of humanity and the planet out of the hands of profit-maximizing corporations and to become, themselves, key players in the creation of a more just global society. Social entrepreneurs of all backgrounds are stepping forward to radically rethink and redefine profit, measuring success not merely in purely monetary terms, but in terms of how people and the planet are positively impacted by a company’s activities. 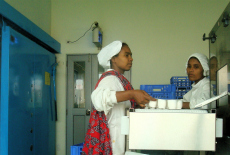 The theme for this year’s Social Business Day is “Achieving Millennium Development Goals through Social Business”. By defining profit in terms of “people” and “planet”, the social business philosophy has become key to creating sustainable ways of ensuring that all of the world’s population has the opportunity to live a healthy, prosperous life. Consider the blight of malaria: according to the World Health Organization, a child dies from malaria every 45 seconds in Africa; malaria is both preventable and curable, but it has regrettably become a “poor peoples’ disease”—the world’s poor constitute a forgotten market for pharmaceutical companies that too often choose to boost their profits by selling drugs to rich Westerners (for, say, inflammatory bowel problems) rather than trying to produce life-saving vaccines for people in developing countries, who can’t afford to pay high prices for medicine. Social business entrepreneurs are working to find innovative solutions to just such challenges, putting people’s lives and the environment at the heart of their social business strategy.

To mark Social Business Day 2011, the Yunus Centre in Bangladesh (an international hub for social business) is hosting workshops, conferences, and an art exhibition to further inspire individuals, the private sector, and governments to join the movement and support sustainable development through social entrepreneurship. The Grameen Creative Lab is holding an online social business conference so that people everywhere can follow and participate in the Social Business Day event.

Meanwhile, last week’s Ashoka Changemakers’ Week in Paris brought together more than 1,000 social entrepreneurs from across the globe to identify the main social and environmental challenges that European society will face over the next 10 years and to seek innovative ways of addressing these challenges. Women’s Worldwide Web was honored to participate in this international forum, discussing concrete, viable strategies for promoting women’s social and economic advancement as well as programs and policies vital to the protection of women’s human rights. 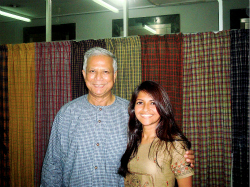 We encourage you, too, to become more involved in the global social business movement, at any level, making informed and transformative choices as a citizen, a consumer, an advocate or a businessperson. In the words of Muhammad Yunus: “Each individual person is very important. Each person has tremendous potential. She or he alone can influence the lives of others within communities, nations, within and beyond her or his own time.”