Lisa Shannon: Putting an end to violence against Congo’s women by weaving invisible threads of sisterhood

In 2005, Lisa Shannon sat down in her living room to watch an Oprah segment with Women for Women International Founder and CEO Zainab Salbi leading discussion on the conflict in Congo and its effects on women. More than 5.4 million people have died in Congo since 1998, in what some call “Africa’s World War”. For women in Congo, acts of rape and torture are daily realities. It is a horrifying picture: during one year alone, between 2006 and 2007, more than 400,000 women were raped. Indeed, the extent of sexual violence against women in Congo prompted Margot Wallstrom, U.N. special representative on sexual violence in conflict, to call Congo “the rape capital of the world”.

Having had her eyes opened to this tragic situation, Lisa was immediately compelled to act. She sponsored two women through Women for Women International’s Congo program and organized Run for Congo Women, a global run/walk fundraiser targeted at garnering greater support for the program. And she travelled to Congo, where her unforgettable encounters with Congolese women inspired her to launch theA Thousand Sisters organization and advocacy campaign. Lisa subsequently dedicated her life to shedding light on the abhorrent consequences of the conflict as experienced by the region’s women and children and to leading the movement to end violence in the Democratic Republic of Congo. 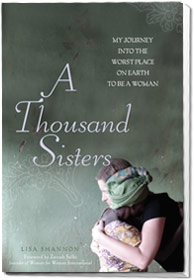 Published last year, Lisa’s powerful memoir, A Thousand Sisters: My Journey into the Worst Place on Earth to Be a Woman, recounts the odyssey from her successful, stable life as a businesswoman in the US into that of a global leader in the fight to end atrocities against Congolese women. The book takes readers along Lisa’s personal path: from her initial, nascent awareness of the realities of the war in Congo to her life-changing travels to the region to meet women survivors of conflict, culminating in her transition to the vital work she does as a global activist, determined to put an end to such crimes against humanity.  Vivid imagery and hauntingly rendered memories of Lisa’s experiences and encounters in Congo bring every page alive as she bears witness to the daily struggles of the country’s women and children: “Women have to feed their children. If that means the long daily walk to farm their fields and risking rape on the way, the alternative is watching their kids starve.” Sexual violence in Congo is used as a weapon of war. “As one Harvard researcher puts it,” Lisa writes, “There seems be a ‘competition among armed groups to be the most brutal.’”

Despite the atrocious context in which Congolese women live and the suffering they endure, their magnanimity and kindness are, as Lisa shows us, unwavering: “Those Who Kill Together (the militia otherwise known as the Democratic Forces for the Liberation of Rwanda) may come knocking. They may chase these women from their homes, burn their families alive, take them to the forest, rape them, rob them of everything, leave them with no means to support themselves. But then these women see a child who has no one and they take that child in.” In the wake of unthinkable trauma, Congolese women exude courage, resilience, and joy in their embrace of life. Describing one of her Congolese sisters, Lisa observes: “There is something this woman has – a simple open manner, a quiet dignity – that I have yet to find for myself.”

As she narrates her journey, Lisa reflects upon her reactions to certain situations and contemplates what she can do to right the wrongs done to her Congolese sisters. One way she helps them is by sharing their stories, making their voices heard. “We beg you to help us so our voices can be heard by other people,” one of her sisters pleads. “Your presence helps us think we are remembered, that other people care about us. It raises our hope.” 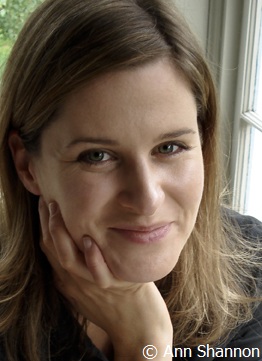 Through the A Thousand Sisters organization and campaign, Lisa is working to help Congolese women rebuild their lives and futures and to foster their empowerment so that they will rise to become international leaders for change in Congo. Lisa is resolute in her ambition: “It’s one thing to support women rebuilding their lives, and another to see them emerge as leaders.”

At the close of her book, Lisa looks back over her physical and psychological journey thus far, and proudly remarks: “We have sponsored more than a thousand Congolese sisters, [and] these women are collectively raising more than five thousand children.” She has worked tirelessly to defend the human rights of Congolese women, to build global awareness of their ongoing plight, and to encourage policymakers to enact legislation to fight the root causes of the conflict in Congo.  But perhaps one of the most important things Lisa has done is to encourage these women by reminding them that there are others out there listening to their stories, deeply admiring their bravery, and helping to fight for their right to live in freedom from violence.  “I don’t know how to stop the atrocities,” Lisa writes. “I don’t know how to make people care. But looking in my sister’s eyes, we seem to have carved out something between us that none of the madness can touch. Invisible threads.”

Lisa has traveled to Congo many times and has raised over $1,000,000 for Women for Women International’s Congo program to date.  She has also sponsored over 1,900 Congolese Women. In June 2011, she triumphantly led a grassroots movement demanding legislation concerning the use of conflict minerals in the United States—minerals that are largely responsible for the perpetuation of the conflict in Congo. Lisa has now created a second program, under the umbrella of A Thousand Sisters, called Sister Somalia. Sister Somalia aims to support women survivors of sexual violence in Somalia, which, according to a 2011 TrustLaw poll, is among the five worst places in the world to be a woman. The country’s high rates of maternal mortality, rape and female genital mutilation—along with its drastically inadequate offerings of education, income generation activities and healthcare—leaves little opportunity for its women. Through the Sister Somalia initiative, Lisa hopes to replicate, among sexual violence survivors in Somalia, the successes she’s seen in the effort to empower the women of Congo.

On this year’s International Day for the Elimination of Violence against Women, we invite you to join Lisa Shannon and her sisters in building a world in which girls and women can live in security, free from violence and able to reach their full potential.