“Missing”: The Shadows of India’s Girls and Women Lost to Prostitution 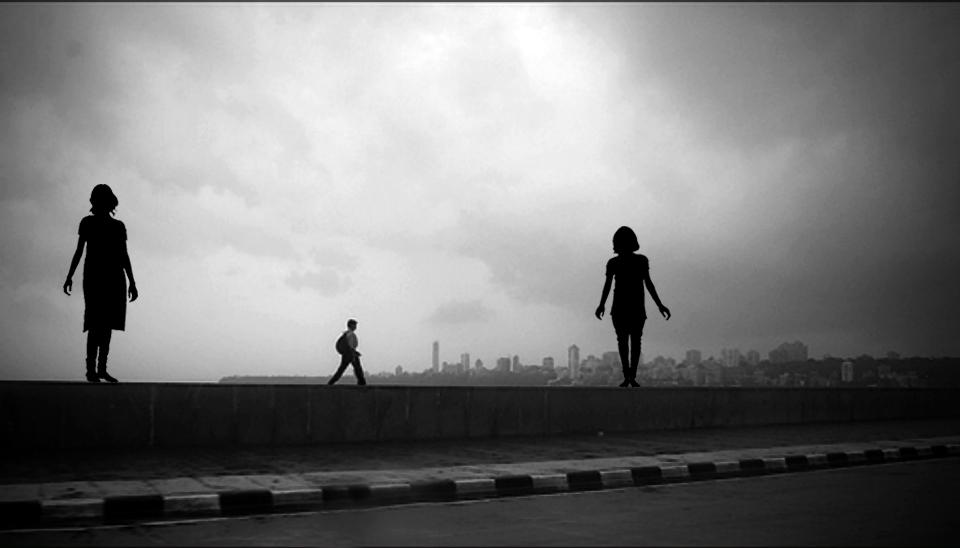 W4 interviewed Leena Kejriwal, the artist behind Missing, a powerful art project that is engaging the public and raising awareness about the millions of young girls and women who are lost to sex trafficking and go missing in the dark world of prostitution in India.

What challenges do women face in India today? And what inspired you to create a campaign to tackle these issues?

Sadly, this is an old topic. Everyone has known about the challenges faced by women in India for a long time. A large chunk of the country’s women are oppressed, uneducated, placed on the last rung of the lowest ladder in society and are perceived to be expendable.

The patriarchal nature of Indian society is an ever-looming presence in the moral fibre of the country. These conditions give rise to heinous crimes like rape, dowry killings, prostitution, bride burning, foeticide and infanticide.

My journey as a photographer led me to spaces that I would otherwise never have ventured into, such as the red light districts of my city, Kolkata. When you see young girls standing on the streets with fidgeting hands and darting eyes, the intense pain that a female is subjected to is clear. It is heart wrenching!

The age of girls involved in sex trafficking has continued to drop, from 13 to 11 and now to as young as 9. There are presently 3 million prostituted females in India, of whom 1.2 million are young girls. This is what motivates me to drive the issue into the public realm, to push this heinous yet often overlooked reality in front of everyone’s faces. 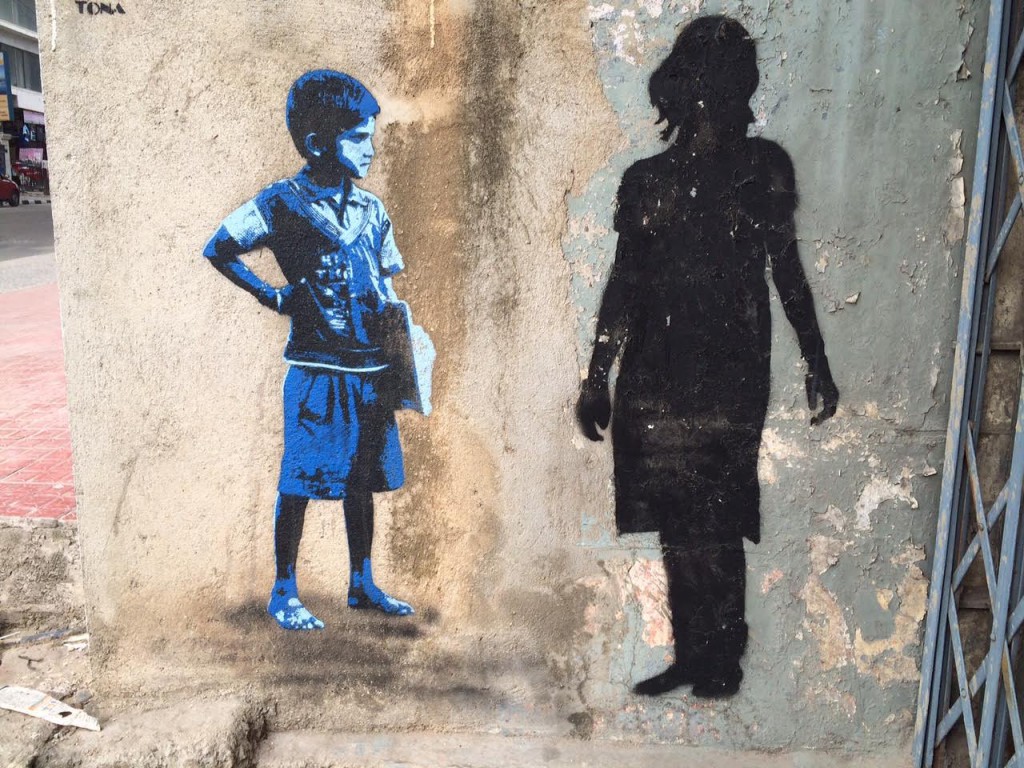 Tell us about your project Missing. How is it raising awareness about prostitution and human trafficking? Why is art an effective way to do this?

The work is comprised of larger-than-life black silhouettes of young girls placed against the urban skyline. Constructed from iron sheets, forged and painted pitch black, they look like jagged holes cut out of the sky, into which millions of girls are disappearing from the face of the earth. These serve as a constant reminder of the young girls who have vanished into thin air. We hope that these powerful silhouettes generate curiosity, recognition and a deep sense of loss, urging people to act to save girls who have been disappeared or denied justice.

In India, art has generally not gone beyond galleries or been presented in the public sphere to generate action as it has in other countries. I had been talking about the issue of human trafficking in my work for the last decade in complex installations in galleries around the world, from Kolkata and Delhi, to Tehran, Amsterdam and Berlin. But I had a constant, nagging feeling that I wasn’t talking to my audience – the mass public.

To create mass awareness, I realised that I needed to distill the issue into simple, engaging pieces of public art that spoke to everyone. This is how Missing emerged and was launched to brilliant reviews at India Art Fair in January 2014. The powerful visual metaphor of the missing girls’ silhouettes transcends all language and space barriers, using the sky as its canvas. 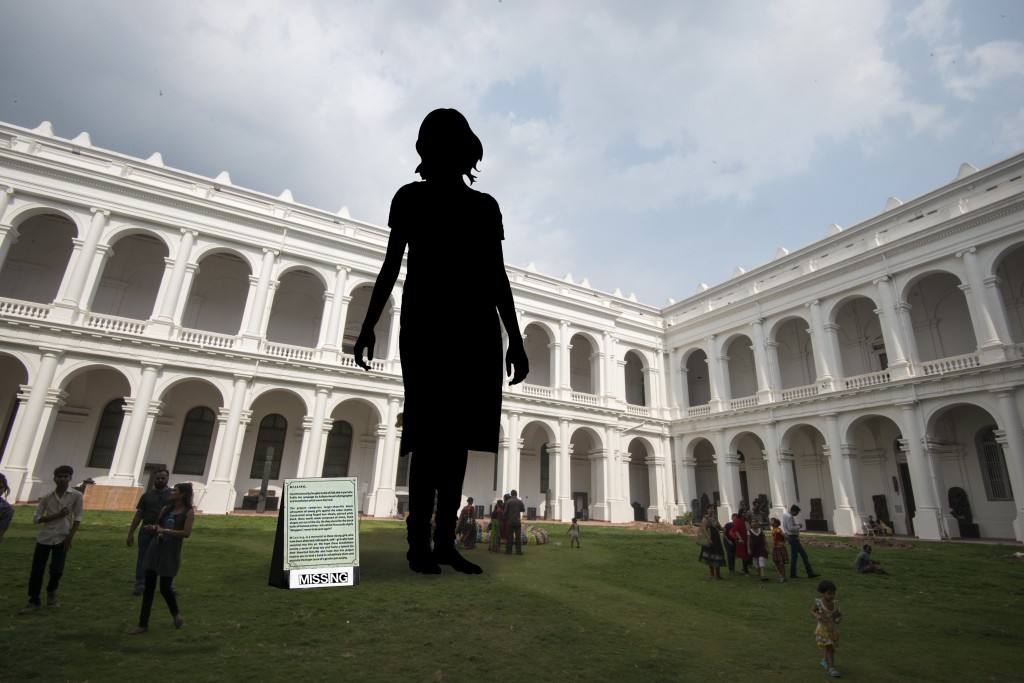 How are you encouraging people to engage with the installations and the issues behind them?

The whole motivation behind Missing was to engage the public, so I began with a crowdfunding campaign to underline that the project was for the crowd, by the crowd.

At the beginning, we worked on the #missingirls stencil project with a group of high school students and a local NGO from a red light district in Kolkata. This generated a lot of intrigue and interest in the project and enabled us to expand the campaign across India with volunteers, students and NGOs coming forward to support us.

An integral part of the project itself will be interactive. We realized early on that any information, especially on an issue as serious as sex trafficking, could not be presented in a dull, preachy way. It needed to be transmitted in a subtle and interesting manner. This is why we are introducing the game for a cause. The game, available on smartphones, will give users an insight into what missing girls are forced to live through — in a visual, informative and engaging way. 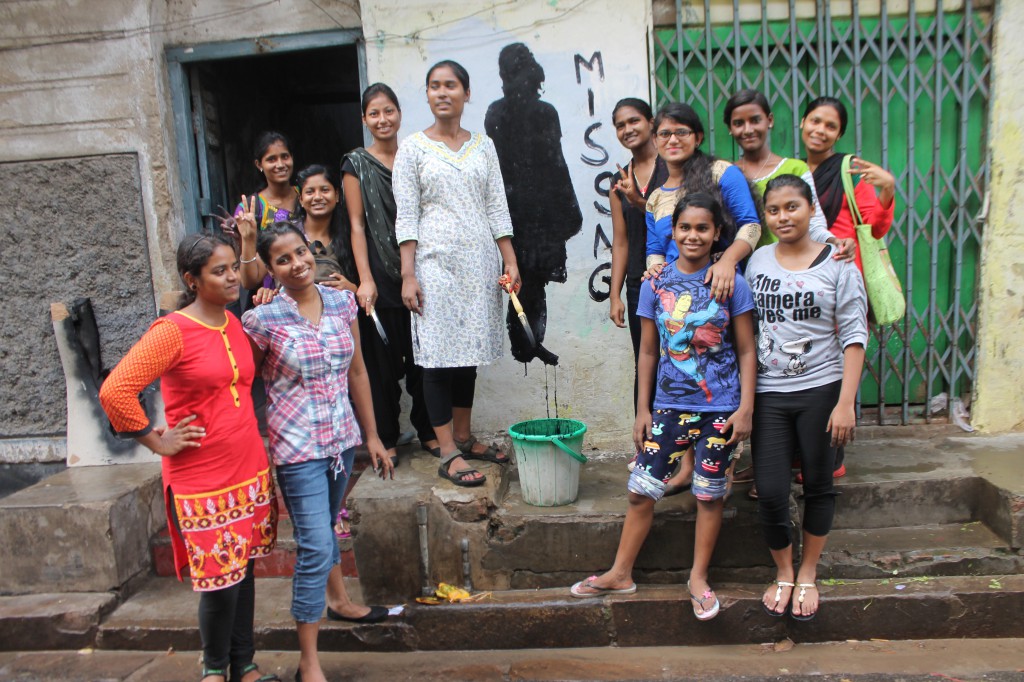 How has the project been received by the public?

Overall, the response has been amazing and we have touched the lives of girls and boys, women and men. The energy from India’s youth has been especially positive and it’s moving to see them opening their hearts to the cause and to public art.

People have supported us at every step in the development of Missing. The stencils and news about upcoming installations created a lot of curiosity and we always had crowds of people watching and wanting to learn about how we were using art to fight this issue. In New Delhi, someone even cleared up a wall outside their shop so we could put up a stencil there.

Something that has been particularly moving is that survivors have come forward to tell us that they believe in the project and find hope through it. 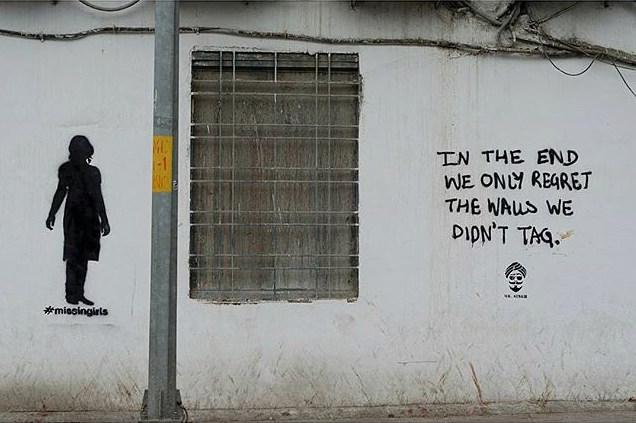 How can people around the world support the project?

We are currently creating a Missing website that will contain images of all of our work so far, while also serving as a platform to educate people about sex trafficking, to help them understand its complexity and gravity. It will include links to petitions, volunteering opportunities and the chance to support us by donating.

Public engagement today goes hand in hand with digital technologies and communication. Mobilising people online can be challenging, but we have succeeded in inspiring and connecting many people, with a successful crowdfunding campaign, a huge base of volunteers and supporters worldwide. The enthusiasm that Missing has already garnered is proof of that. 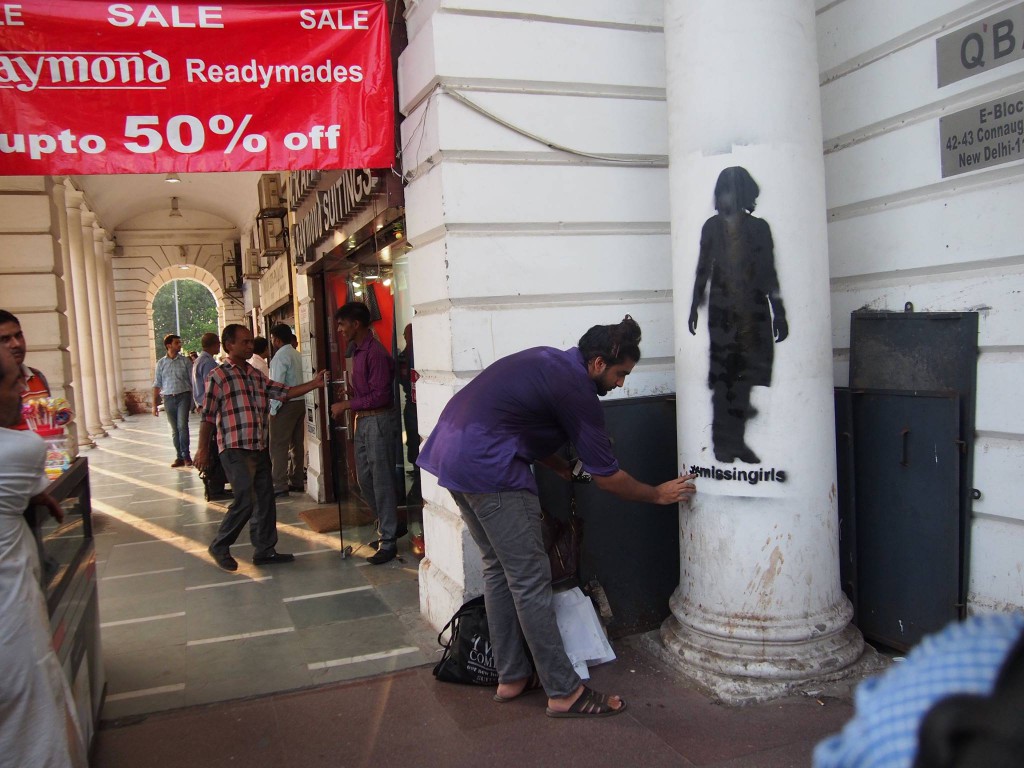 What are your hopes for the future of Missing, and for yourself?

Public art has always been a way to make the mass public sit up and take notice. We’re still young and have only just finished the first leg of the campaign. We are now in the process of installing the works and creating the Missing game app. Thanks to a collaboration with the Rotary Teach Child Welfare program, the campaign will soon reach 10 cities – Mumbai, New Delhi, Kolkata, Bangalore, Chennai, Pune, Hyderabad, Guwahati, Dhanbad and Ahmedabad.

I’m an artist and an activist – an “artivist”. I hope that the campaign will stir up the humanity in everyone it touches and lead to a ripple effect, so that discussions are carried to the political and legislative levels in India, creating real change for girls and women.

Missing goes beyond being just public art; it is political art. Political artists like me present issues in a way that mirrors political discussion and gestures. We call out injustice where it exists. The sex trafficking industry is certainly a good place to begin.