The “forgotten” refugee families of Ukraine

As a freelance journalist and a former family support worker, I recently made several visits to Ukraine to raise awareness about the “forgotten” refugees in the west of the country. Most Europeans are alert to the current refugee crisis arising out of the Syrian conflict, but very few people are aware of the dire situation in Ukraine. 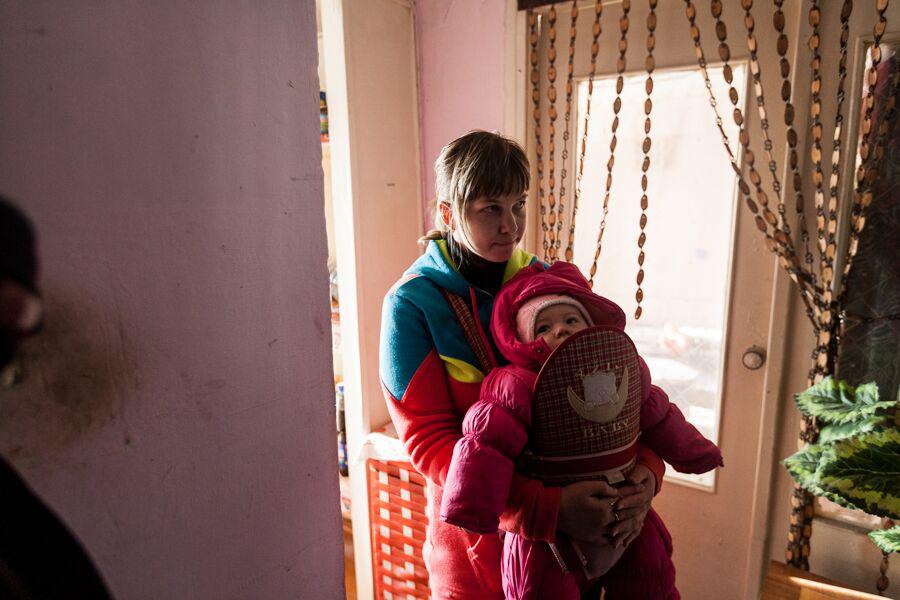 As a result of the conflict in Ukraine, more than two million people have been forced to flee the regions of Donetsk and Luhansk, becoming refugees or internally displaced persons (IDPs). Thousands of them have settled in the western parts of their own country, where they live in dangerous and unsustainable conditions. Many of them are mothers and children and their future is uncertain. They cannot proceed any further because the EU borders are impossible to cross. Many of them do not want to flee Ukraine; they have settled in the western regions because these are safer and more developed than other regions. These people have been forced to start a new life regardless of where they have ended up or what has happened to them.

I met some of the female refugees who had reached the town of Uzhgorod, on the Slovak frontier. There, more than thirty mothers and children are living in a hotel, which accommodated them following an order from national authorities. At first, the displaced women received a living allowance, but most now struggle to live on their maternity allowance alone, sharing a single room with their whole families and lacking the most basic supplies. They rely on charities and religious communities to provide much of their food and clothing. 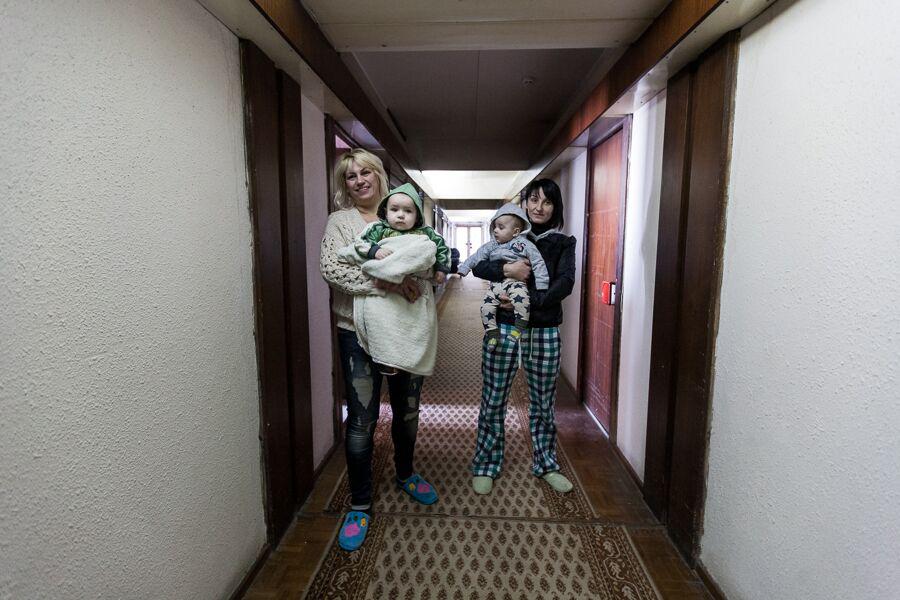 Two single mothers explained to me that they had been forced to flee their homes in the Donbas while pregnant. They both gave birth to their children in Uzhgorod and are raising them in the hotel. One of them, Olia, is a mother of four: “We have managed to bring three suitcases, one for each child, but that’s all we’ve got”. The family had traveled more than 1,500 kilometers to reach the safer Western border. Their youngest daughter was born in Uzhgorod, just two weeks after they arrived.

Svetlana, the other mother I met, told me: “My youngest son has not met his father yet”. Her husband was not able to flee with her, so her son has only ever seen his father on Skype. She and her two children now share a single room and their chances of finding a sustainable home are low. 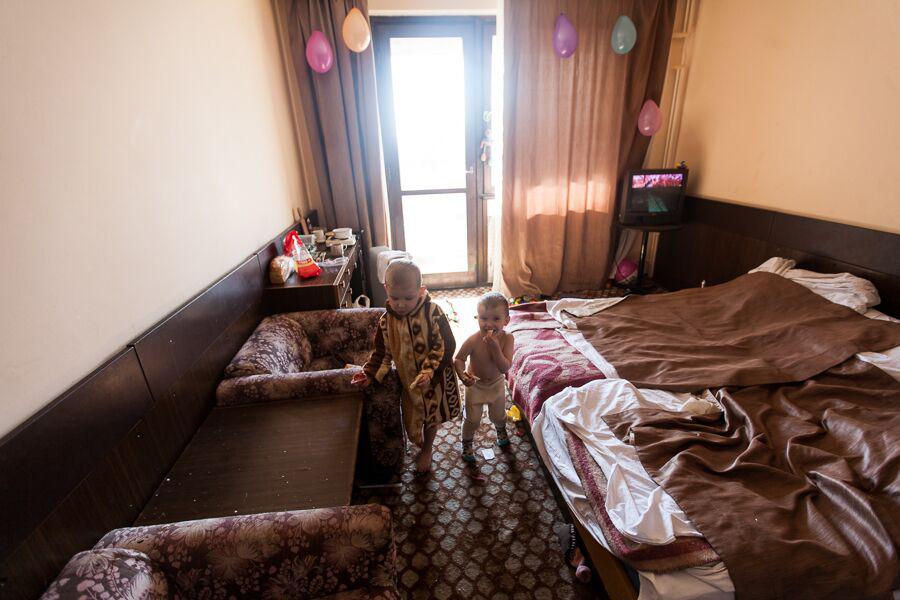 The situation of these female refugees and their children is precarious. The risk of sexual violence is increased in contexts of armed conflict, and single mothers and children are particularly vulnerable. It is almost impossible for these single mothers to find money to pay rent, to maintain a decent standard of living, or indeed find a sustainable home.

The desperate situation of these women and children is being tackled by the Slovak charity Usmev ako dar, which has been working tirelessly to support vulnerable children for the last two decades. In order to help the refugees, the organization supports at-risk mothers so that they can keep their families together and protect the children from having to undergo the additional trauma of being separated from their loved ones. 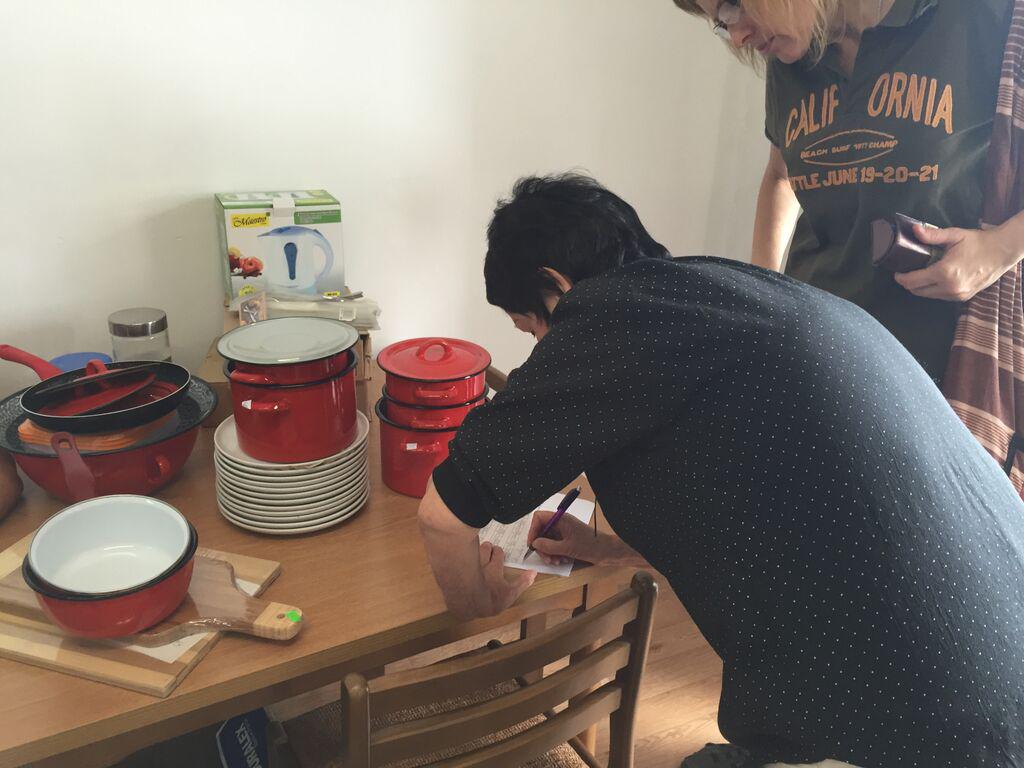 To support the refugees, Usmev ako dar ran a crowdfunding campaign in Slovakia, Ukraine’s neighbouring country. The resulting donations enabled the building of a kitchen in the hotel for the refugees. For some of the families who had been staying at the hotel for more than a year, this was the first time that they had had access to an equipped kitchen to cook their own meals. These donations also enabled the purchase of medication, clothing and other basic supplies for the children. Much of the support has been made possible thanks to the work of the Congregatio Jesu Sisters in Slovakia, who run a refuge for young people at risk in Ujgorod, and have assisted the refugee community from the beginning.

The remarkable work of Usmev ako dar has helped to make the lives of these families slightly more bearable. Thanks to an international campaign, Usmev ako dar has also raised awareness of the needs of these women and children, whose suffering would otherwise go unnoticed. Now the NGO faces its next big question: how to provide a sustainable solution to this crisis and ensure that the future of these refugees is not a tragic one. 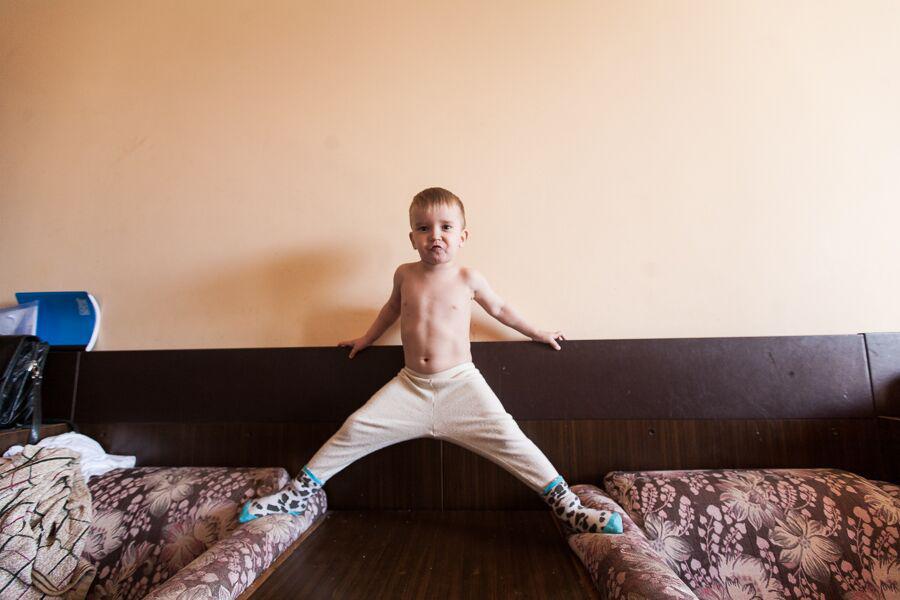 Find out more and support these refugee families through Usmev mako dar’s crowdfunding campaign.
Back to WoWWire