PORTRAIT OF NORA BELAHCEN FITZGERALD – Cuisine for Women in Need

Sarah Zouak, Founder of W4’s field project, the Women Sense Tour, tells us about her recent meeting with Nora Belahcen Fitzgerald, social entrepreneur and Founder of the AMAL women’s organization in Morocco, which empowers women in need through innovative training in the culinary arts.

Across the globe, women are taking action to change the world by innovatively tackling social and environmental problems.

Nora Belahcen Fitzgerald is one such social entrepreneur, dedicated to helping people  in need. Nora enables women to improve their socio-economic standing by establishing themselves in a rewarding trade in the culinary arts.

It was my privilege to go to Marrakech and learn more about Nora’s organization, AMAL: a culinary training center and “solidarity” restaurant transforming the life prospects of women in serious difficulty.

A social entrepreneur inspired by her faith and by the hidden wealth of women’s talents.

Nora Belahcen Fitzgerald has always thrived in multicultural environments, switching from one language to another and gracefully responding to the cultural conditions of each context in which she finds herself. Her parents are from California, USA, but Nora was born and raised in Morocco. She studied at bilingual schools, with lessons taught in both Arabic and French, and later went on to learn Spanish.

In 2012, Nora, now a mother of three, surprised her family by founding the AMAL women’s organisation, a project inspired by both her religious faith and a personal encounter she will never forget.

Nora could not be more passionate about promoting gender equality in Morocco, and she thanks her Islamic faith for helping her in this project.  One of Islam’s teachings has been a particularly strong driving force for her: “When you see something that you dislike, change it with your hands. If you don’t manage, change it with a pen and write. If you still don’t manage, then hate it from the bottom of your heart”.

Nora began to apply this teaching to her own life after she came face to face with the suffering of women beggars.  The plight—and impressive character—of one woman in particular moved her when, in 2006, she met a single mother and her two children, who were living in terrible conditions on the streets of Marrakech.

Lacking any support and trying to survive by begging, the mother would scrape together 2 or 3 Euros per day, which was enough to survive on and provide shelter for her family in the form of a very modest room. Nora was struck by the chasm between her own world and the world of this woman. Hating the unfairness she witnessed, she resolved to support this woman, with the help of her own family and friends.

Of course, Nora went on to meet more and more women who faced similar difficulties. In addition to writing about the situation on her blog, she felt compelled to devote herself to the development of a project designed to help women living in such extreme circumstances to overcome their difficulties, secure meaningful work, and reintegrate themselves into society.

AMAL: a beacon of hope for women in need 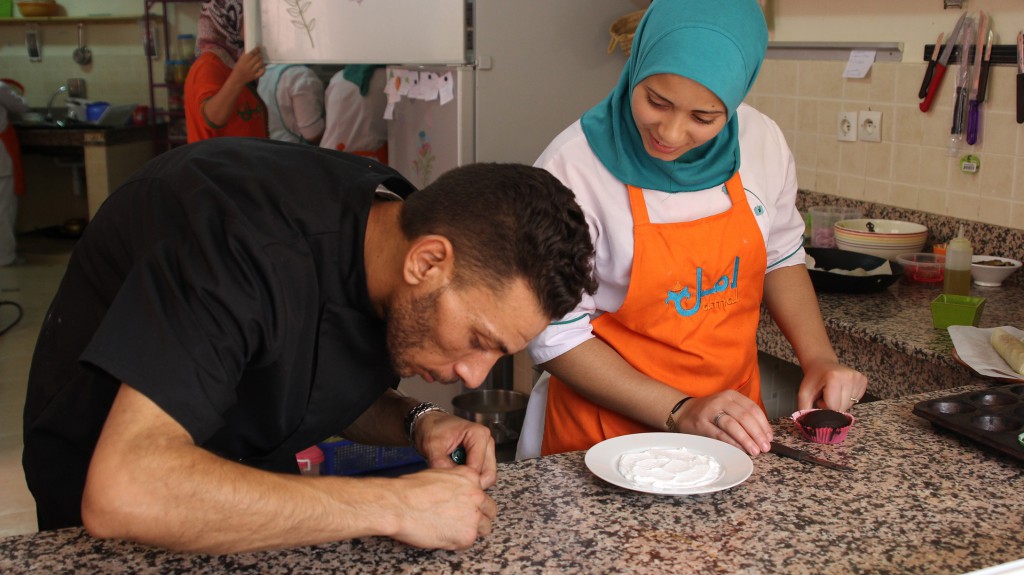 Widows, single mothers, survivors of violence – although the women Nora met hailed from a multitude of different backgrounds and circumstances, Nora soon realized that the women shared a common source of promise.  Beneath their general, all-too understandable lack of confidence,  there glittered a wealth of cooking skills; many of these talented women could perform wonders in the kitchen.

Cuisine holds a very important place in Moroccan culture and it enables daughters, mothers and grandmothers to share special moments together. Inspired by this truth and by Aicha Ech-Chenna’s Association Solidarité Féminine in Casablanca, Nora decided to create her own culinary training center, along with an affiliated “solidarity” restaurant.

For the women in AMAL’s programs, working as restaurateurs is about more than securing employment and earning a reliable income. Culinary training enables the women to acquire further know-how, which they can directly apply in their work within the organization. Praise from the many delighted customers who come into the restaurant every day helps the women to recognize their own worth and the value of what they create.

And, thanks to this experience, the women are able to escape their erstwhile isolation, feeling encouraged by the appreciation of customers and uniquely fortified by the opportunity to meet and work with other women who are also determined to turn their living situations around. Some women gain so much confidence that, even after only a few weeks, they are able to offer Moroccan cooking lessons to foreign tourists visiting Marrakech. These classes are particularly rewarding for the women: they feel genuinely valued for their work, recognised for their know-how, and proud to pass on their culture.

AMAL means “hope” in Arabic. And this is central to Nora’s mission: she works tirelessly to restore hope to women in dire need and helps them to improve their socio-economic standing by completing training in a fulfilling and sustainable trade. Each of AMAL’s culinary training sessions is 4 to 6 months long and benefits dozens of women.

In addition, literacy and language classes are offered, in French and English. Finally, and importantly, a social worker guides and encourages the women’s professional development and puts them in touch with restaurants, hotels and the ryads of Marrakech. 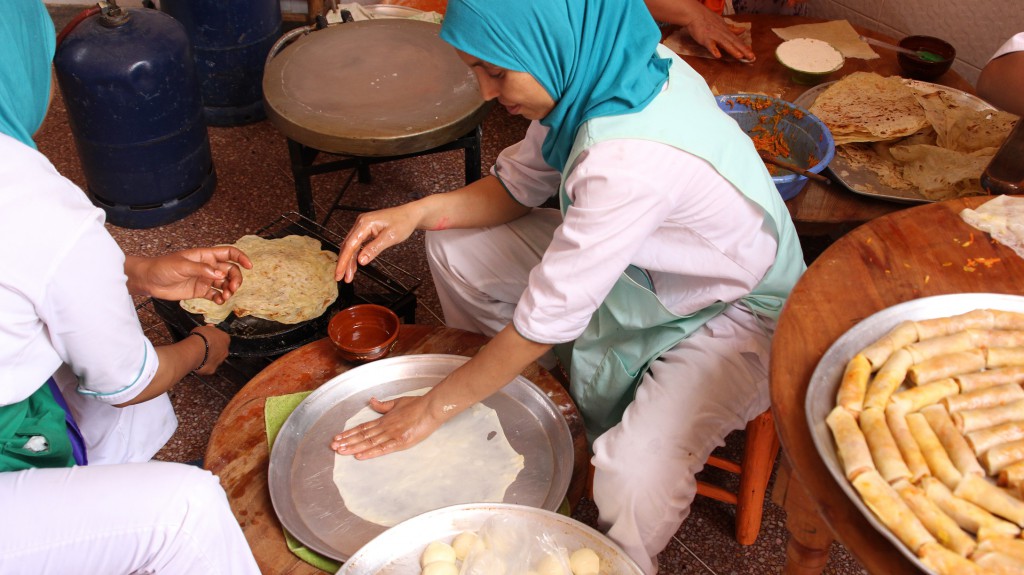 Today AMAL is thriving as a convivial restaurant in which customers are quickly made to feel at home. The dishes feature traditional Moroccan cuisine, with French influences.  And the interior design is warm, the walls graced with artwork produced by Nora’s mother. Thanks to donations from the Drosos Foundation, supplementing the revenues generated by the restaurant itself, Nora has been able to build a meaningful, sustainable — and delightful! — enterprise, hiring additional staff such as trainers and cooks.

To close with a delicious anecdote: one of the restaurant’s current head cooks is someone whom Nora met several years ago – on the street, where the woman was trying to survive by begging. This woman is now her very own boss!  And she is not, in any sense, alone: she is one of many women who have, with the help of AMAL, fought against adversity and used their talents to escape the streets and create futures full of hope.