“The mutilation of girls and women must stop in this generation, our generation.” Ban Ki-Moon

What is Female Genital Mutilation (FGM)?

Female genital mutilation (FGM) is first and foremost a violation of girls’ and women’s human rights. There is no developmental, religious or health-related justification for the harmful practice.

FGM is practiced in a variety of forms but is defined by WHO as “any procedure that involves partial or total removal of the external female genitalia, or other injury to the female genital organs for non-medical reasons.”

What are the dangers of FGM?

FGM poses immediate risks to girls’ health including severe pain and bleeding, difficulty in passing urine, infections, and even death due to hemorrhagic or neurogenic shock.

Girls who have undergone FGM also face an increased risk of complications affecting their menstrual cycles, sometimes resulting in infertility.

The time is NOW to put an end to FGM!

UNICEF predicts that if there is no reduction in the practice between now and 2050, the number of girls mutilated each year will grow from 3.6 million in 2013 to 6.6 million in 2050.

FGM is particularly common within Kenya’s Maasai community, where nearly three in every four girls undergo the procedure.

W4’s field project, Voices of Hope, is working to protect Maasai girls and young women in Kenya from the dangers of FGM through education and leadership training. 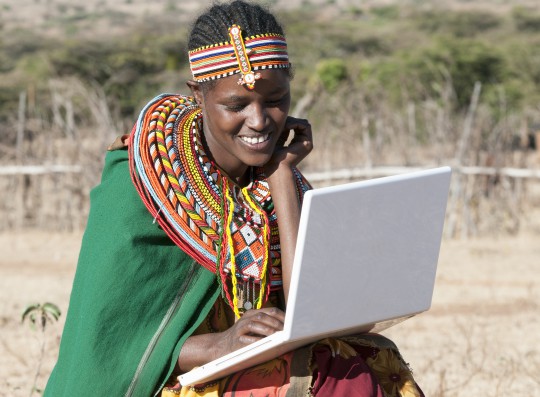 to educate and empower Maasai girls and young women

to rise as leaders in the movement to eradicate FGM! 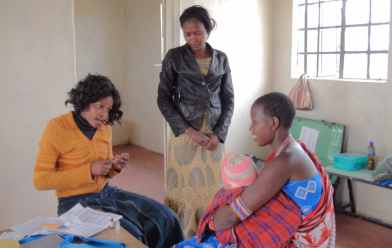 Voices of Hope graduate, Faith Selian, runs a mobile health clinic: Two months ago, Faith met 12-year-old Nosim from Torosei, Kajiado. She was 5 months pregnant, and appeared sick and anemic. It was her first visit to the antenatal clinic. As Faith was taking Nosim’s medical history, she asked how and why she got married so young. The young girl narrated her story: “I was forced to drop out of school a year ago, undergo female circumcision, and become the third wife of a 45 year old man. I was a good student, but I grew tired of being teased by the circumcised girls. Most of my classmates were circumcised and married at the age of 8 and 9.” Not a single girl from Nosim’s village has completed primary school. Nosim also shared that, although she wishes she had been given a chance to complete school and become a teacher or a nurse, her greatest wish was to marry someone whom she loved. Nosim said that she does not love the “old man” she married and wishes she could have married the young warrior she loved. Faith says that Nosim’s story is common in every village that she visits: “I see how my life would have been if Voices of Hope did not give me a chance to become a nurse.”