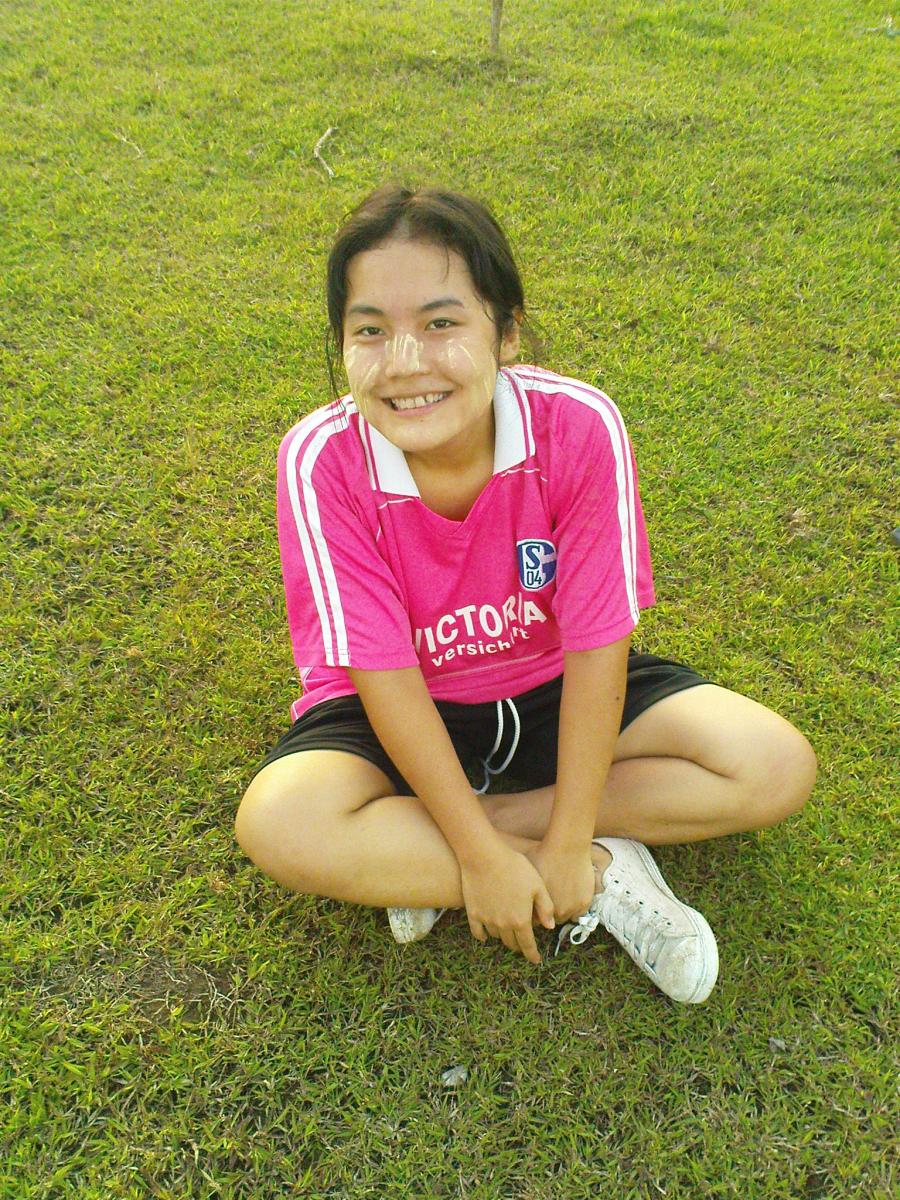 Few foreigners who travel to Thailand are familiar with the town of Mae Sot. Lying along the northwestern border with Burma, Mae Sot appears to have none of the excitement and appeal of Bangkok or Chiang Mai. Yet for those fleeing conflict and deprivation in neighbouring Burma, Mae Sot is a place, if not of permanent hope, then of prolonged and necessary refuge. Among its resident Thai population of roughly 110,000 lives an equivalent (or perhaps greater) population of refugees and economic migrants from Burma, encompassing the full panoply of Burma’s ethnic and religious diversity—Burman, Rohinga, Karen, Kareni, Chin, Mon; Buddhist, Muslim, and Christian.

While some of these migrants and refugees are fortunate enough to find gainful employment, many live tenuously, on the edge of penury—working as garbage pickers, day-labourers, or in any number of similarly menial occupations. Those who labour this way often lack legal residency status and consequently find themselves open to exploitation at the hands of locals, both Thai and Burmese. The threat of arrest and deportation at the hands of the local constabulary is great enough to keep most resigned to their economically marginal existence.

Inevitably, the most vulnerable are the young. Many are separated from their families, who tend to live in Thailand’s United Nations-run refugee camps or remain in rural Burma. These youths are often dependent on the charity of privately-operated migrant schools, most of which are under-funded, under-staffed, and over-crowded. Yet even one of these schools can make the crucial difference between hope—the chance for a more prosperous future—and resignation to the meagre expectations that poverty and conflict instil in otherwise bright and ambitious minds.

It is this spirit of hope that the Institute of Practical and Academic Studies (IAPS), a unique and deeply inspiring school, offers its roughly one dozen students.

Located in a refurbished residential home in a nondescript neighbourhood on the outskirts of Mae Sot, IAPS was founded in 2010 by Australian Andrea Fitzgerald, who was profoundly inspired by her graduate studies-related work placement at one of Mae Sot’s more prominent and over-crowded migrant schools. Dismayed to learn that Mae Sot offered little in the way of post-10 learning opportunities for the town’s resident migrant population, Ms. Fitzgerald began to work in concert with sympathetic locals, former students, and a coterie of Australia-based supporters to establish a post-10 boarding school for a gender-balanced group of Mae Sot’s migrant youths.

In addition to providing its students (who range in age from 18 to 23) with boarding, clothing, food, and school supplies (all at no cost to them or their families), IAPS’s two-year diploma program offers a curriculum targeted to meet the specific interests of its students and their long-term needs as members of the Burmese-national community. IAPS’s diverse academic curriculum is taught by a devoted team of foreign, Thai, and Burmese volunteers and covers everything from Burmese and world history to gender studies and media analysis, with practical courses focused on computer literacy, budget management, leadership training, and English and Thai language proficiency. Students are privileged with after-class access to their teachers (many of whom live at the school and act as after-hours supervisors) for homework assistance, and they are regularly evaluated through in-class assignments, weekly homework, and end-of-term exams. Meanwhile, students have taken upon themselves the task of tending to the school’s vegetable garden, purchasing ingredients for and preparing their daily meals, and participating in pan-migrant school sporting events and round-table discussions on Burma’s political future. 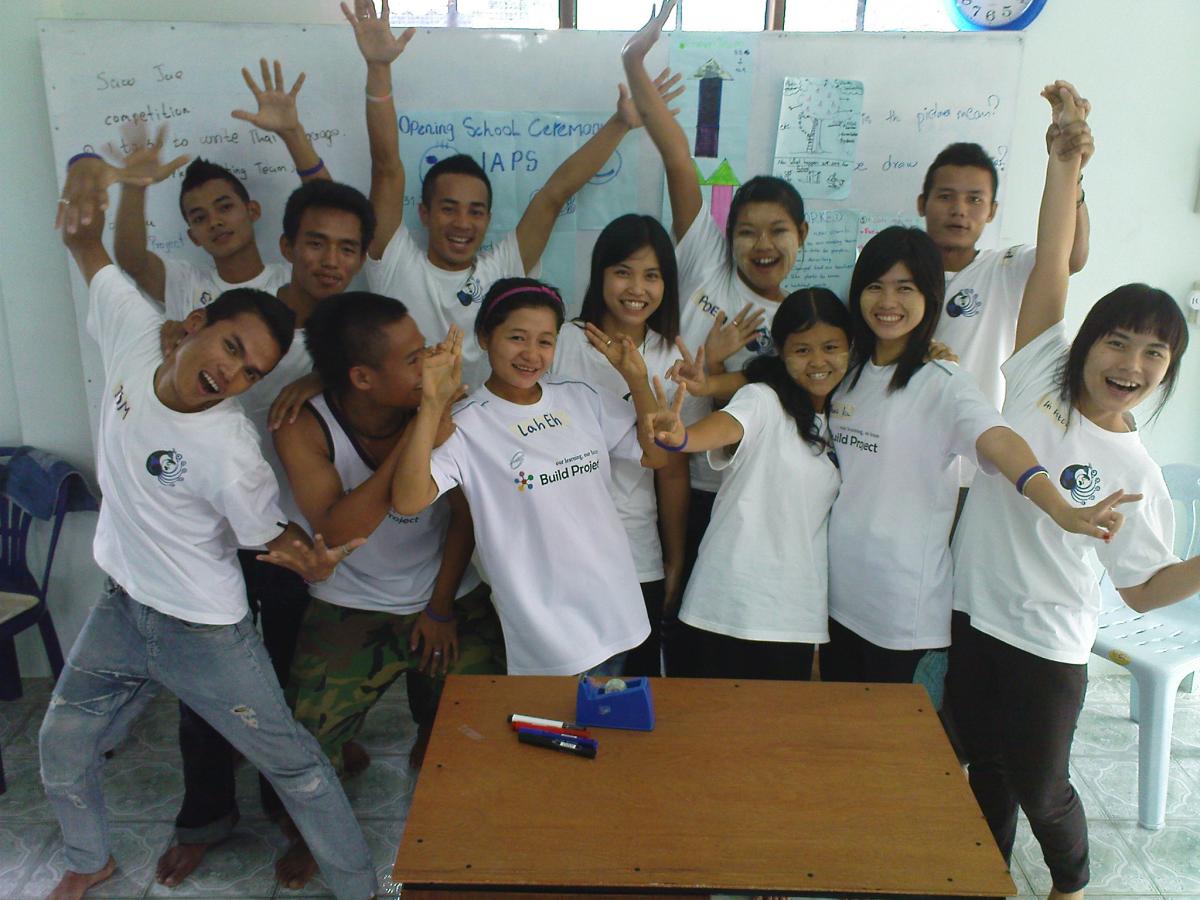 Through regular one-on-one consultations, IAPS’ s resident youth counsellor works with each student to help him or her to develop long-term career and life goals. Such direct and devoted assistance (which includes seeking out local internship opportunities for motivated students) encourages the students to see their studies as part of a larger process of personal maturation, the end goal being the investment of their energy and newly-acquired skills into their community. Particular care is taken to encourage female students to be aware of their potential to become active leaders in their community. And all students, regardless of gender, are reminded that leadership is a privilege bequeathed to those who demonstrate the ability to lead through example—not a right simply granted on the basis of gender, ethnicity, class, or age.

What truly sets IAPS apart is the way in which Ms. Fitzgerald and her staff endeavour to inspire in their students a sense of collective organization and responsibility within the school. In a refreshing display of transparency, IAPS’s account books are open to all students and donors. Regular budget meetings between students and staff ensure that the limited donor funds available are spent in a careful and transparent manner, in full consultation with all members of the school.

At IAPS , (with the exception of the students’ Thai-language teacher), all staff and teachers—including Ms. Fitzgerald and the school’s indefatigable live-in peer counsellor and project manager, Ms. Maki Tateishi—work as volunteers, which greatly reduces the school’s operating costs. Plans are underway to develop a low-cost bread-making enterprise, the income from which would greatly reduce IAPS’s dependency on donor funds, while also providing students with direct experience in the daily operation of a small business. With the long-term aim of turning direct operation of the school over to IAPS alumni, IAPS is truly committed to ensuring that the personal and professional needs and aspirations of its students are met and fostered. 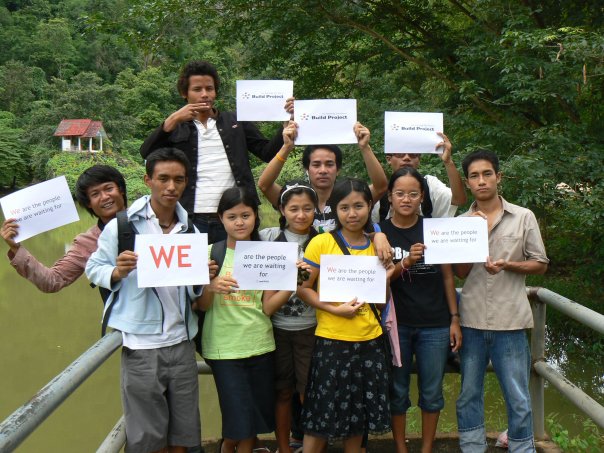 The students are keenly aware of their own personal hardships, but they also know that their residency at IAPS has allowed them to benefit from opportunities far beyond the reach of most of Mae Sot’s resident migrant population. This recognition fuels their enthusiastic involvement in the wider migrant community, acting as agents of positive change. (Indeed, IAPS is developing a mentoring program whereby IAPS students can act as one-on-one mentors to some of Mae Sot’s younger, less privileged migrants.) IAPS students and staff  are especially proud of their participation in the distribution of food at the Thai government-run relief camp set up to feed and protect the roughly 20,000 refugees who fled fighting between Burmese government soldiers and rebels in the neighbouring town of Myawaddy (following the disputed November 2010 Burmese election). The opportunity to assist others similarly affected by conflict was embraced by IAPS students and demonstrated their serious commitment to being active, positive members of their community.

IAPS is a wonderfully inspiring school.  Its success to date and its goals for the future are a testament to the hard work, ambition, and compassion of its students and staff alike.

We encourage you to find out more about IAPS and contribute to their vital work: The Build Project