Women’s Voices Now (WVN) is a non-profit social enterprise working to empower women in Muslim-majority societies. By organizing film festivals (and, more recently, art exhibitions and forums for women’s writing), WVN serves as a way to campaign for women’s rights in Muslim-majority societies and as a platform for filmmakers and activists to exhibit their work and meet and connect with others.  W4 interviews WVN’s Executive Director, Heidi Basch-Harod.

What is the story behind the founding of WVN?

WVN was founded in 2010 by Leslie Sacks, an art collector in Los Angeles who champions women’s rights in Muslim-majority societies by promoting free expression. Listening to women, spotlighting their work, and empowering them can be extremely effective instruments of social change. Given how culturally and socially influential movies can be, the idea of starting a film festival emerged quickly.

What motivated you to work with WVN? 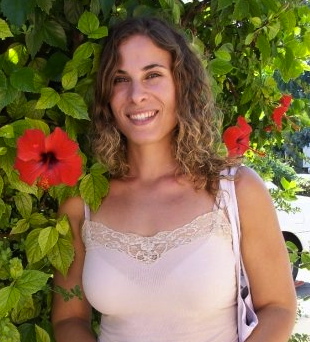 I joined in September of 2012, after completing a Master’s degree in Middle-Eastern History at Tel-Aviv University. I wrote my thesis on Kurdish women in Turkey, and throughout the course of my studies, became increasingly interested in women’s rights in the Middle East. That’s how I became involved with WVN, seeking to help women in the region and further afield to deal with the challenges they face today.

Why does WVN focus specifically on the Middle East and Muslim-majority societies?

Women involved in activism in the Middle East and other Muslim-majority regions face innumerable challenges and obstacles. But they also have a very rich history of fighting for their rights. And yet, because this history is little known, negative stereotypes about Islam and Muslim women prevail and spread easily. Muslim-majority societies can be very diverse, with many non-Muslim women too. To counteract stereotypes and misperceptions, WVN aims to illuminate women’s active efforts to improve their societies in ways that benefit everyone. These women are dedicated, talented, and inspiring, but they need to get more attention and support in order to make change happen.

Could you tell us about WVN’s goals?

One goal is to reach as many women as possible through film. Society might dictate a certain lifestyle for women, but this doesn’t mean that women have to follow these conventional rules. In Nablus, Palestine, we showed the movie Thorns and Silk, which tells the stories of four Muslim women: a taxi driver, a police officer, a wedding photographer, and a mechanic. The response of the women in the audience was: “I want to do that, too!”  We are offering these women an array of role models, often very new to them, making them more aware of what’s out there and letting them know that they have choices, they can live the way they want to. But the problem is that when these women choose to do things differently, they are often rejected by their own societies. So they need camaraderie and sisterhood. That’s what we are trying to offer them, through solidarity and network building.

How you are measuring the impact of your work? 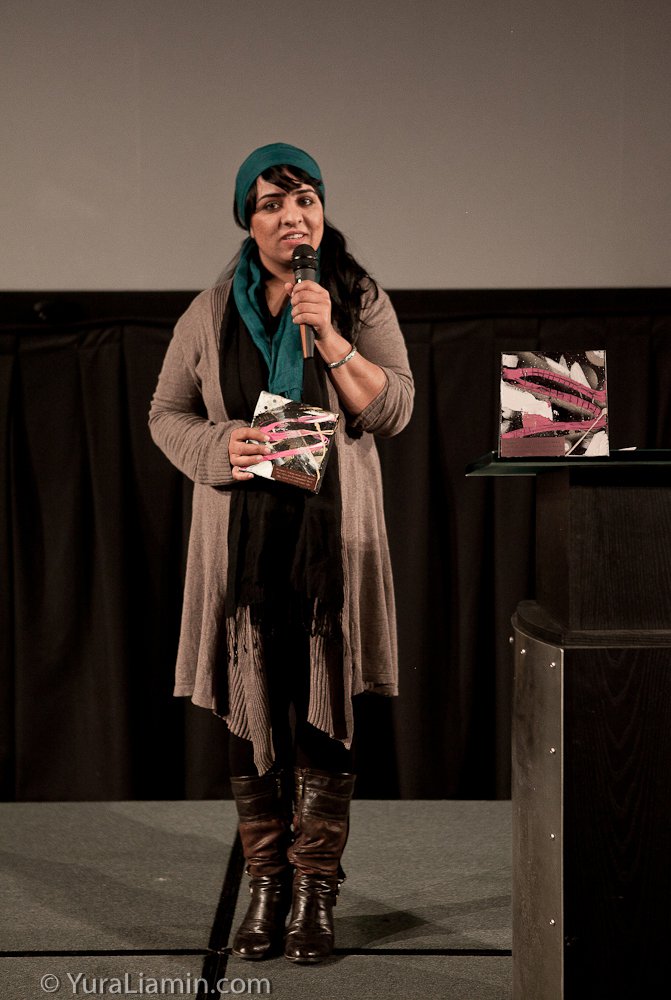 It’s very difficult to measure our impact because we are talking about sparking the imagination. But I do know, for instance, that Alka Sadat—who won the first prize at our first film festival, for Half Value Life—has created the first women’s film festival in Afghanistan this year. This is, in part, thanks to the self-confidence she gained as a prize-winner, and mostly, of course, due to her immense courage and belief in her work. After the next film festival, we’ll ask the prize-winners to report back to let us know how the festival experience and the award have affected their lives and/or made their work easier.

Could you tell us about WVoice?

WVoice is a monthly publication that spotlights issues, triumphs, or problems that women in Muslim-majority societies are facing and publicizes WVN’s endeavors to encourage positive change in the field of women’s rights and promote organizations that are developing solutions. It’s also a way for them to become better known and get support from more people. Our goal is to encourage debate about the issues women in Muslim-majority societies face and then raise awareness about the real and practical solutions that are out there.

Could you tell us about WVN’s current projects?

The next film festival—“Women Bought and Sold: Voices United Against the Violence”—will take place next year in LA. But it will open online in August 2013. It will focus on a number of types of sexualized violence against women in Muslim-majority societies, including forced marriage, domestic servitude, sex slavery, human trafficking, and harassment. We’re also looking for partners around the world to broadcast the film festival live, as it is happening in Los Angeles. Then we plan to take it on tour, to Morocco, Tunisia, Turkey, Israel, Jordan, and wherever else we will be invited.

We also have a new project in the works called Women’s Art Now (WAN). We’re already covering the medium of film through our film festivals, and writing through WVoice, but we saw a gap for other arts. Through WAN, female artists in Muslim-majority societies will be able to have their work, such as paintings or sculptures, featured. We also plan to launch several online exhibitions, featuring biographies of the artists, describing what inspired them, and so on. This will offer another way for female artists to get their work and their voices out there.

What do you consider to be the biggest challenges facing women in Muslim-majority societies?

In many places like Turkey, Egypt, Tunisia, Morocco, and Jordan, numerous laws have been passed intended to benefit women. These laws are aimed at improving women’s social status, for example by ensuring their right to work, to maternity support, and so on. But so few women are educated about their rights, they just don’t exercise them. And most women in these societies can’t get access to the things that are meant to help them. This is a big issue.

I noticed another crucial thing during WVN’s global tour (especially when we were in Morocco): there is a lot of focus on women’s development, empowerment, and rights; but the men are being left behind. So, you have these incredible women who have found their voices, who are pursuing their dreams, which is wonderful—but these women are saying that they’ll have to leave Morocco or that they’ll never get married because if they do their husbands won’t let them be who they want to be, won’t let them pursue a career. This is not to say that there are no men who support women. But, given what I’ve seen and heard, it’s clear to me that the gap between men and women is growing, and this is going to be increasingly problematic. Men have to start paying attention.  They have to participate in the movement for women’s empowerment, too.

Could you share a couple of examples of WVN’s success?

Any time WVN goes to a place in the Middle East or to a community that we’re trying to reach and the women in that session feel comfortable enough to share their fears, their embarrassments, what they are proud of, and whether or not they are inspired by the movies we show—I consider this a success.

Then, in non-Muslim-majority societies, if we manage to educate people about Islam, about how there isn’t just one way to be Muslim and how it is misrepresented when people equate it with terrorism and ‘jihad’, that’s a success, too. In times of violence and conflict we tend to listen to our fears instead of seeing the ‘other’ as a fellow human being. We aim to show the full humanity of all people in our society, so that we can find ways to connect and work together to solve our shared problems.

What is WVN’s funding model?

In the past, we have received support from family, friends, local businesses and community philanthropists. We are currently looking to expand this circle to people who are seeking ways to support the global women’s rights movement.

How can individuals support your work?

By subscribing to WVoice and to the newsletter, watching our films, and hosting screenings. Donations are easily made on our website. You can also help to find more women and communities that we could work with, and help us get the word out!