W4’s field project Follow’Her has set out on a global tour to promote the use of digital technologies in the global push to close the gender gap and build a more inclusive economy for women. The Follow’Her team recently travelled to southern India to help the social business Essmart in its quest to bring life-improving technologies to people — especially rural women — in India’s most remote areas. The Follow’Her team shares its discovery of Essmart’s work with W4. 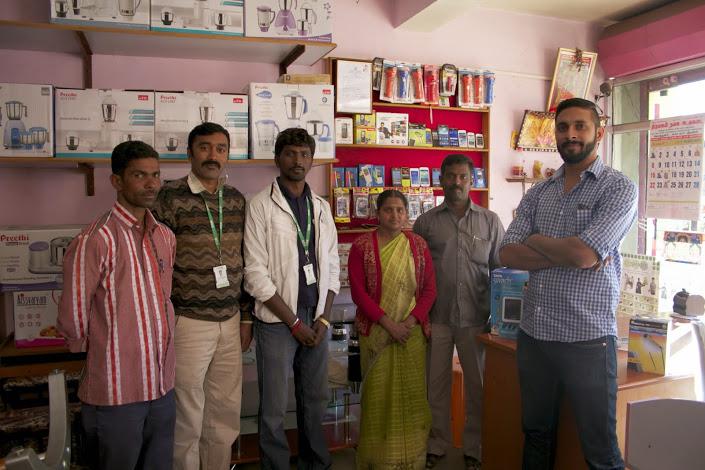 Based in Bangalore, Essmart is a social business founded in 2012 by two American women, Diana Jue and Jackie Stenson. Diana says she was initially “interested in how technological products could improve the well-being of communities and households in emerging economies,” so she went to western China and southern India to conduct field studies. The trip was eye-opening: “I saw that very few people actually knew about available technologies and that many times, even if the villages had access to the products, the technologies would break and people would just trash them.” When Diana and Jackie partnered up, they realized that “the real challenge was not so much in designing the life-improving technologies but in disseminating them.”

The life-enhancing things offered by Essmart include solar lighting products, products that make water drinkable, cookstoves that use less fuel and produce less smoke, off-grid mobile phone chargers and rechargeable batteries. Essmart makes sure that people in remote areas have access to these tech products by focusing on three main elements: marketing, distribution, and after-sales services. People thus “know about the products, can get their hands on the products and, if something breaks, can have the products fixed.”

What is Essmart’s impact to date?

Essmart has thus far reached 1,000 shops in southern India and has sold 9,000 life-improving tech products, positively affecting the lives of more than 38,000 people. “We believe that sales equals impact,” says Jackie. “If a person pays for a product, it means that he or she values what the product has to offer. We can be more sure that the person will actually use the product and benefit from it if he or she invests in purchasing it.”

What are some of the challenges faced by Essmart?

Essmart faces two main challenges. The first stems from the fact that they plan to sell some tech products that will be specifically designed for women (e.g., those that concern menstruation) and many male distributors are not yet comfortable marketing this type of product. Indeed, the shops that distribute Essmart’s products tend to be family-owned and managed by both men and women. To address this problem, Essmart’s founders plan to train and employ women to sell these products, which will also help to make female clients more comfortable with purchasing them. 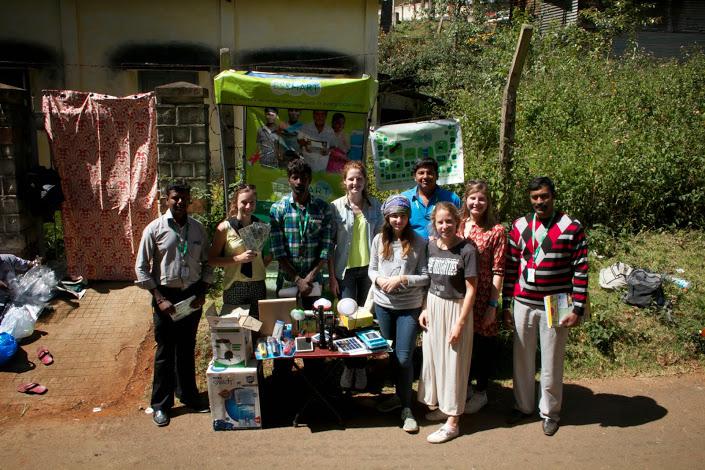 The second challenge is to expand Essmart’s geographical reach by replicating its model in other regions in India, enabling the company to “negotiate better prices and give retail shops better margins,” and thus helping it to “break even and be profitable.” Working towards this goal, Essmart is sending salespersons to seek out new shops through which they can distribute their products.

What are some key observations you made during your visit with Essmart?

During our mission we spent time with Poonacha, the Director Field of Operations, as well as Karthikeyan and Ramesh, both salespersons, in the area of Ooty in Tamil Nadu, India. We visited various storefronts and met with shopkeepers who help to distribute Essmart’s products.

This gave us an opportunity to study the role of digital products, such as solar mobile chargers, on women’s empowerment in India. The company’s technological products are available to and sought after by both men and women, but “many of the customers tend to be women,” Jackie explains. Poor and wealthier women alike can access Essmart’s innovative products, and the products are widely distributed in stores where women traditionally shop, such as those that sell household supplies.

We also saw that having Jackie, Diana and other female employees involved in the social business was more broadly empowering for women in the community. For example, people questioned their own expectations about women when they witnessed Jackie and Diana driving their male sales executives around on the back of their scooters.

We noted that the solar charger was one of the most popular items offered by Essmart, highlighting the importance the local community attaches to electronic devices and illustrating how deeply embedded digital technologies are in the everyday lives of people in rural communities. Even in remote areas, digital technologies are clearly a powerful force for positive change.

To learn how you can support Follow’Her’s mission to bridge the gender gap in technology, visit here!