International Youth Day: Teach for India Fellows unleashing the limitless potential of girls, one classroom at a time 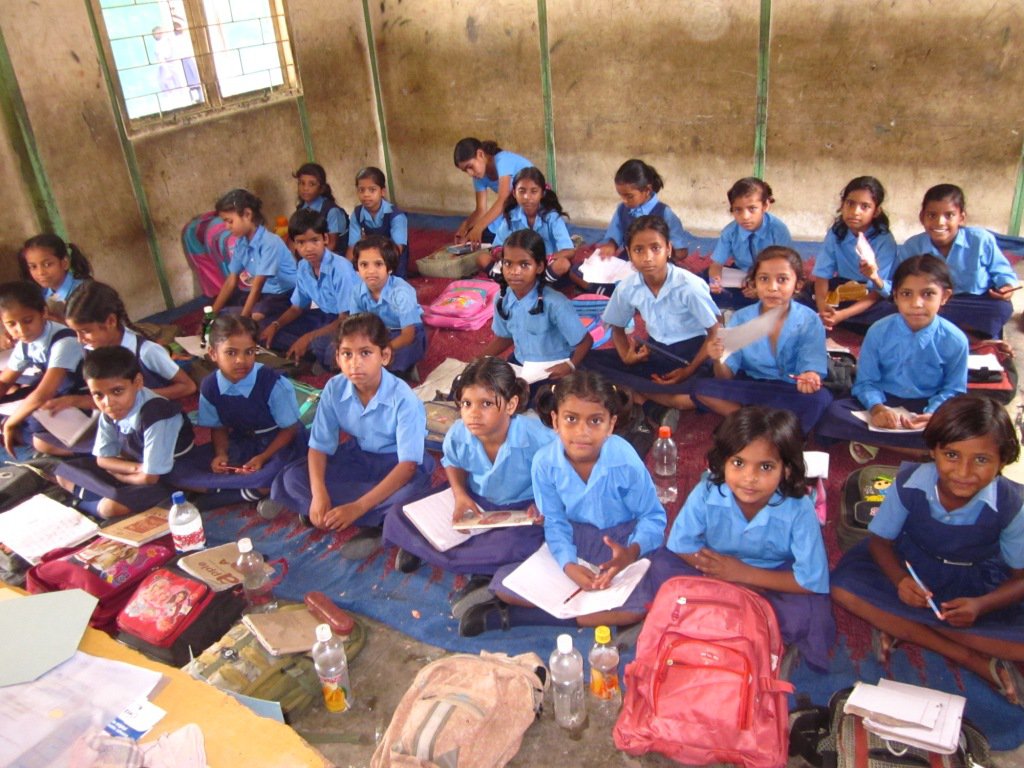 Devanik is currently serving as a Teach for India Fellow in New Delhi where he will spend the next two years implementing innovative teaching methods in a low-income, state school for girls as part of the nationwide Teach for India movement to promote educational equity. Devanik has also launched “Start Up Girl”, a mentoring and education initiative to encourage and assist women in their entrepreneurial ventures.

In celebration of International Youth Day, Devanik shares with us some of the eye-opening experiences from his first month as a Teach for India Fellow.

I have always dreamt of starting my own chain of low cost, affordable schools—a dream that motivated me to apply for the Teach for India Fellowship immediately following my graduation from university. Teach For India’s 2-year fellowships are granted to outstanding graduates and working professionals who are committed to improving India’s education system and fighting educational inequality by serving as teachers in low-income schools. The TFI Fellowship program was launched in 2008 and arose from the great successes of the Teach For America model (created in 1990) in response to the critical need to improve India’s education system. In India today, 30% of the population is illiterate and the literacy rate of women is considerably lower than for men: 65.46% for women and 82.14% for men. 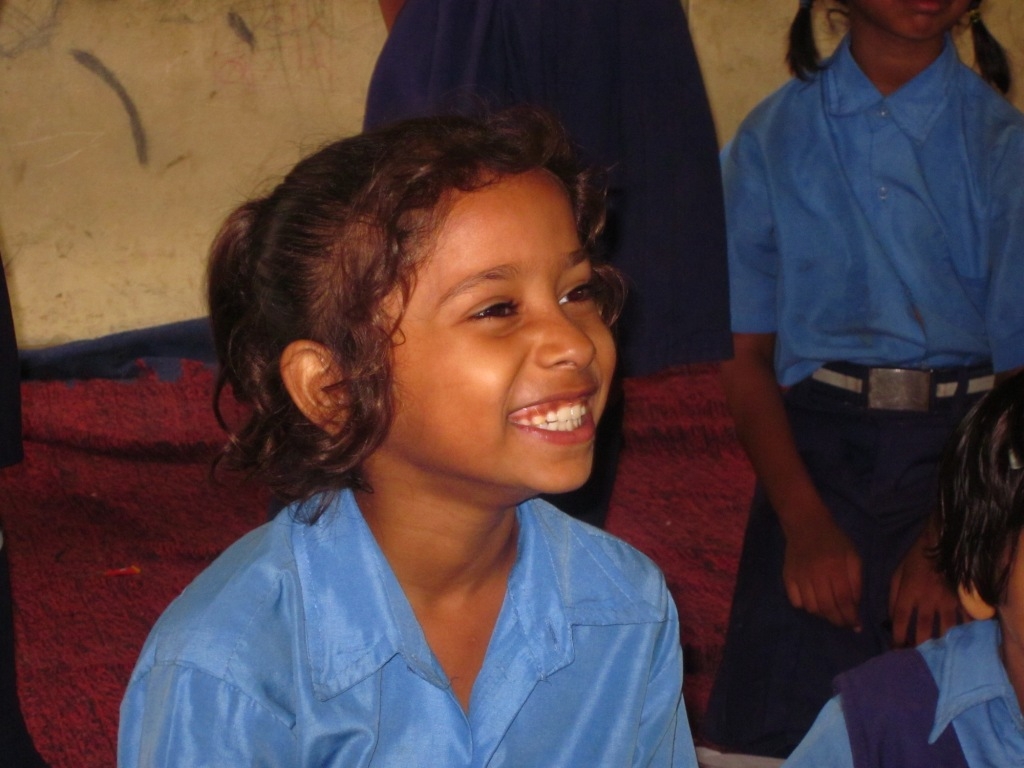 For the past two and a half years, Fellows have taught in municipal and low-income private schools in Pune and Mumbai. This year, Teach for India Fellows were assigned for the first time to Delhi. There is a pressing need for qualified teachers in the region where, according to a Centre for Civil Society report, 69.06% of youngsters drop out of primary school and only 4% of 10th graders pass to the 11th grade. Guided by Lloyd Alexander’s quote, “We learn more by looking for the answer to a question and not finding it, than we do from learning the answer itself,” I began my fellowship the first week of July at a low-income municipal girls’ school in New Delhi with hopes of reversing these shocking statistics.

My first day of teaching

I packed myself into an auto-rickshaw and pressed myself against other passengers for the jerkiest, most painful ride to school of my life—I kept telling myself, “This is nothing. I am here for the kids whose lives I want to transform for the better.” 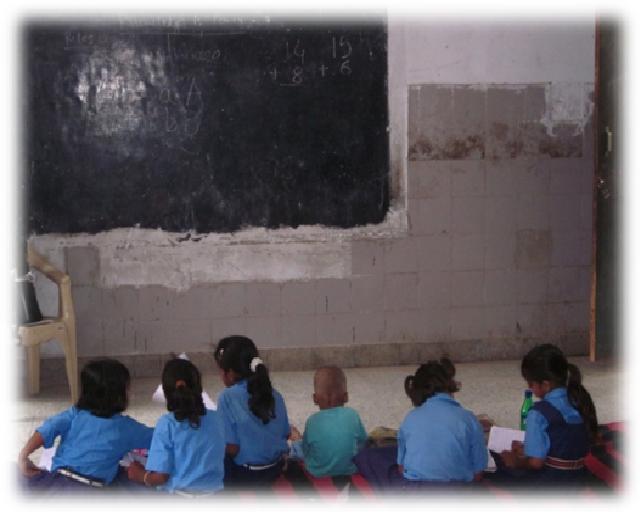 Arriving enthusiastically at the school, I waited for all my students to arrive. After 15 to 20 minutes, only six girls out of a class of thirty had turned up. It was disappointing to see such a low attendance level. I was curious and checked the attendance register kept by the previous teacher where I discovered that the average attendance rate was a mere 21.06 %—Shock Number 1.

I was not going to let myself be demoralized by the poor turnout and I began interacting with my pupils, getting to know more about each of them and their families. After some time, I had to excuse myself to go to the restroom. Shock Number 2: the school toilets were in the most deplorable state. Indeed, it was the only washroom for 1,400 people. Owing to a lack of adequate sanitation facilities, students are obliged to relieve themselves outdoors behind the school buildings which, inevitably, makes for shockingly poor hygienic conditions.

My first morning already had me reflecting deeply on the state of the educational infrastructure and facilities in Delhi’s government schools. Problems abound. Most classes don’t have teachers allotted for them. Often children don’t have access to learning materials like textbooks or notebooks. Without the necessary resources, the children come to school only to play, returning home when the school day is over without having learned a single lesson. 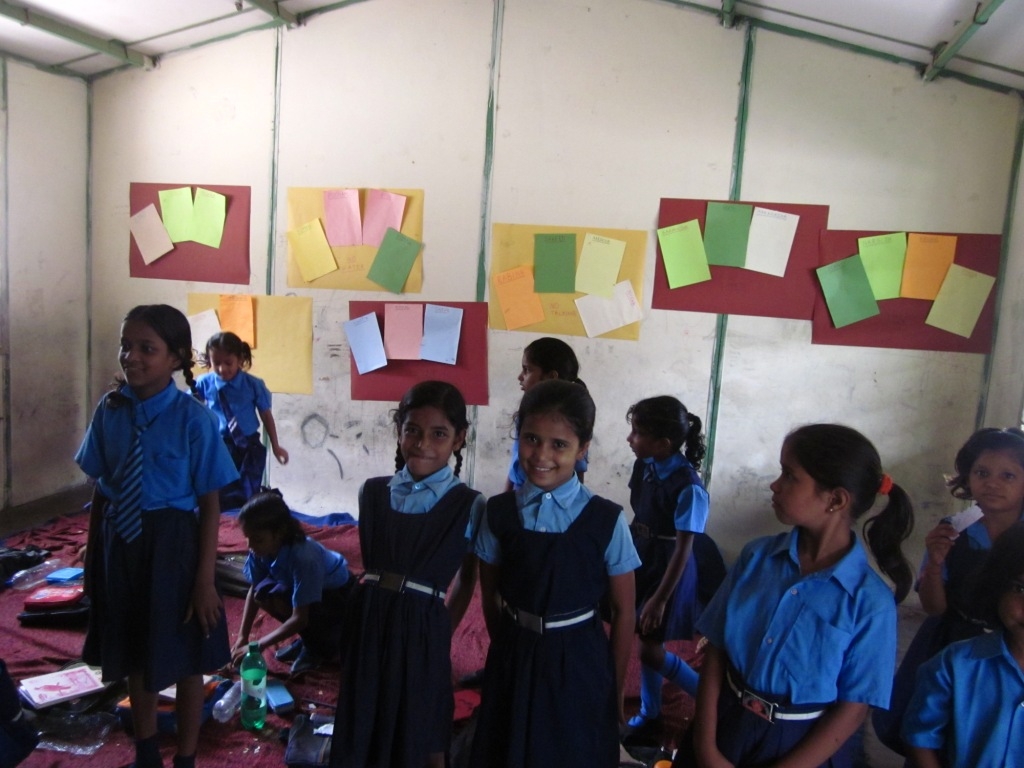 Since my arrival, I have tried to make my classroom more engaging and colorful by putting up bulletin boards, charts and trackers. I have many ideas I want to explore—for example, word walls, birthday lists, and knowledge trees—in order to liven up the classroom and keep my pupils motivated and invested.

What has struck me is how much more there is to teaching than formal teaching activities; it’s not just about instructing pupils in academic subjects like maths and English. I try to be as supportive as possible of the children and their families as they deal with certain sensitive issues—such as family and community problems and their difficult financial circumstances. I have tried to embrace these challenges with love and care. By developing relationships with the parents, listening to their hopes, frustrations, aspirations, and feelings of helplessness, I hope I will be more effective in my efforts to teach their children and to create a culture in which the children are encouraged to learn.

One of my first triumphs

Every morning, around 9:40am, the food supplier comes and delivers the children’s free daily meal. For the children at my school, whose families are very poor, the school meal is the most decent meal they will get in the day. On a Friday morning, a couple of weeks ago, I stood by watching as the school helpers distributed the food to the kids. I was shocked to see the school helpers hurriedly stuffing 20-25 pooris (a type of Indian bread) into plastic bags (to take home to their families) before even beginning the lunch distribution. As a result, there wasn’t enough food to go round and around 10 pupils were left hungry, without even a single poori. Seeing the children’s hungry faces brought tears to my eyes. 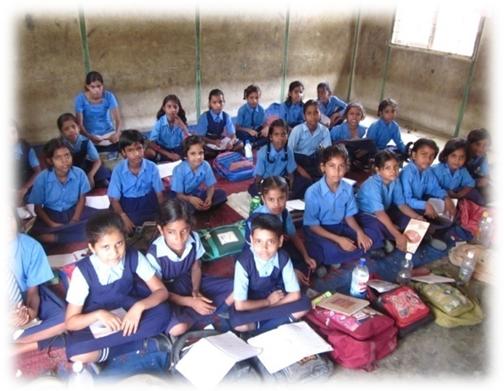 I understand that the school helpers may also need food for their families and the school could authorize them to share any leftovers once the children have received their servings. But letting those 2nd and 3rd graders go hungry was not acceptable, especially given that most of the children come to school precisely for the daily school meal since their families are so poor that they can’t afford a decent meal at home.

I felt really spineless in that moment. I thought to myself “I am a human being from a stable family with a steady income and yet I’m incapable of ensuring food for a hungry child—food to which she has a right and that is just inches away.” I battled over and over again with this thought and the memory of the children standing there without any food will continue to haunt me for a long time.

The next day, the same thing happened: two school helpers came to serve the meal but my students didn’t receive any food— there was no food left because the helpers had taken much of it and some pupils had taken two servings because there was no one monitoring the distribution. I got angry again but this time I decided to do something about it and to speak with the principal and clerical staff about the matter, applying my public relations skills as best I could to be diplomatic.

The principal and school administration investigated and were indignant when they learned that the pupils had indeed been deprived of their lunch. We agreed that I could be responsible for supervising the lunch distribution, ensuring that the lunch was distributed fairly and allowing the school helpers to keep any remaining leftovers for their families. I was also pleasantly surprised when a van arrived at the school an hour later to unload two large containers of food for my class! 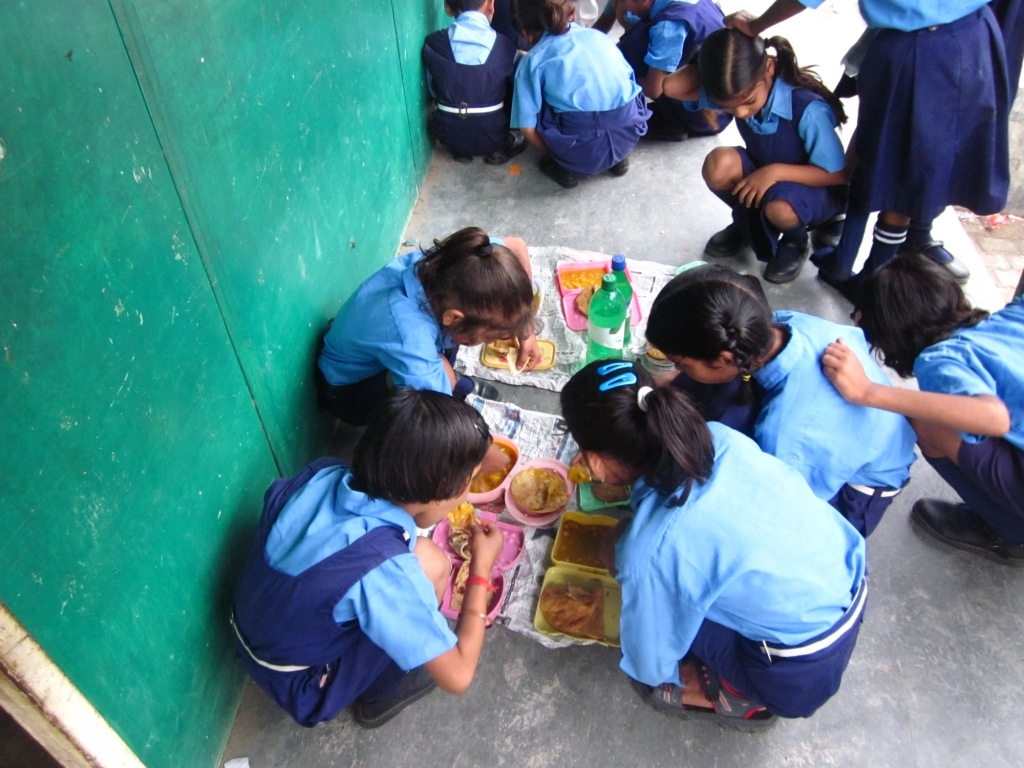 There were some children from other classes who hadn’t received any food either, and, thankfully, once my 11 students received their helpings, there was enough left to feed the other kids too! I was so happy to see the fruit of my hour-long discussion with the administration! Starting next week, I will be responsible for supervising the distribution of food at lunchtime, to make sure that it’s fair and that every child is fed.

My goal as a Teach for India Fellow is not just to teach maths and English; it’s to create sustainable positive change in the lives of the children. I’ve only been teaching for a month but I’m confident already that the insights and experience I’m gaining here at my low-income school in New Delhi will help me to achieve my future objective of setting up low cost, affordable private schools in the region, so that local children can have access to a quality education.