World population is projected to reach a staggering 7 billion on October 31 2011, according to demographers at the United Nations Population Fund. Under the banner of “Seven billion people counting each other,” World Population Day 2011 is marked by the launch of a series of initiatives calling attention to the need for unprecedented global cooperation as we address the pressing human and environmental concerns associated with a rapidly growing global population. 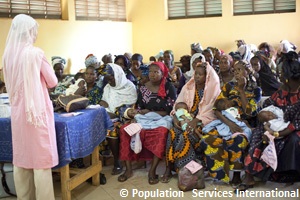 Women’s Worldwide Web recognises the critical role that women and girls have to play in building a demographically more stable world. Now, more than ever, it is vital that women across the globe should have ready access to reliable information on reproductive health and family planning services. UNFPA Executive Director, Dr. Babatunde Osotimehin explains: “The population projections underscore the urgent need to provide safe and effective family planning to the 215 million women who lack it. Small variations in fertility – when multiplied across countries and over time – make a world of difference. We must invest the resources to enable women and men to have the means to exercise their human right to determine the number and spacing of their children.”

In an inspirational TED Talk (delivered June 2010), Swedish health analyst Hans Rosling, former advisor to WHO and UNICEF, unveiled his at-first-glance paradoxical answer to a spiralling global population: improved child survival rates. While child mortality rates remain unacceptably high in developing countries, women tend to give birth to large numbers of babies in order to ensure that at least a few will survive into adulthood. So, Rosling argues, if we invest in keeping children alive, this will lead to a natural decline in fertility rates.  It’s a trend that has been apparent in more developed countries for several decades, and in many the total fertility rate has now dropped well below the natural replacement rate of 2.1 children per woman. 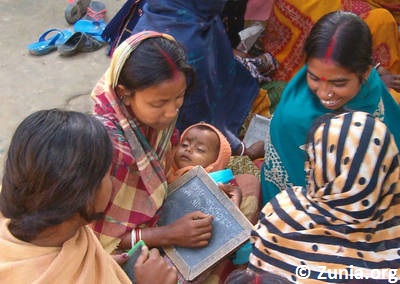 Efforts have often been concentrated on providing birth control and improving health systems to ensure that every child is wanted and has the opportunity to grow up safely in smaller and stronger families. Increasingly, however, emphasis is being placed on the transformative power of education. Women’s literacy is key to empowering women’s and girls’ participation in decision-making and to improving their families’ well-being. UNICEF, which works tirelessly to help governments provide children with a quality primary school education, has stated: “Educating girls for six years or more drastically and consistently improves their [own children’s] prenatal care, postnatal care and childbirth survival rates. Educating mothers also greatly cuts the death rate of children under five.”

Women’s Worldwide Web encourages you to support the life-saving, population-stabilizing work of our field partners, so that they may continue to educate women and girls, enabling them to make informed decisions on when and how to have healthy children as well as teaching them skills to empower themselves, their families and their communities.