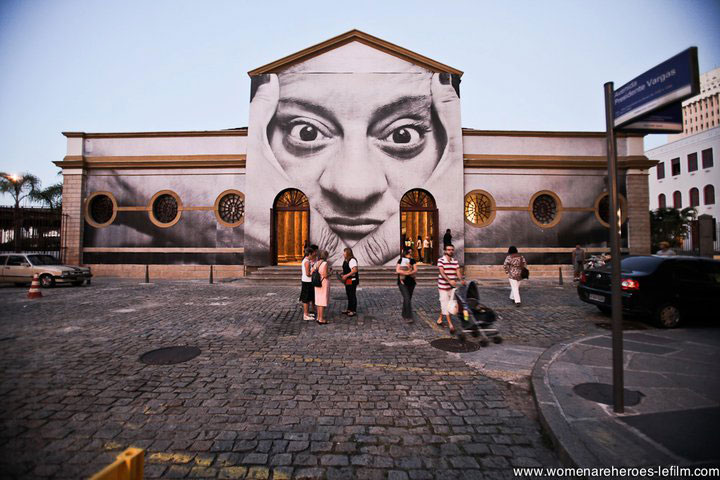 JR is an anonymous French street artist (and 2011 TED Prize winner) who regards art as “a neutral place for exchange and discussions”; an outlet that he uses to challenge preconceptions and stereotypes that stand in the way of social equality and peace.

JR’s artistic style is unorthodox and some viewers consider his work highly provocative: JR has illegally posted black-and-white photographs on the Haussmannian rooftops of Paris, on rural hillsides in Kenya and train cars in Cambodia, on bustling street corners in the favelas of Rio de Janeiro and in countless other places. JR’s technique is based on capturing the general public’s attention by directly confronting them with his photographs and the lives that they represent.

JR’s street art transmits a strikingly optimistic view of humanity, despite the often distressing contexts in which JR has chosen to work. His powerful images of ordinary, hopeful people illustrate aspects of the human condition that transcend religion, income, sex, age, and ethnicity. 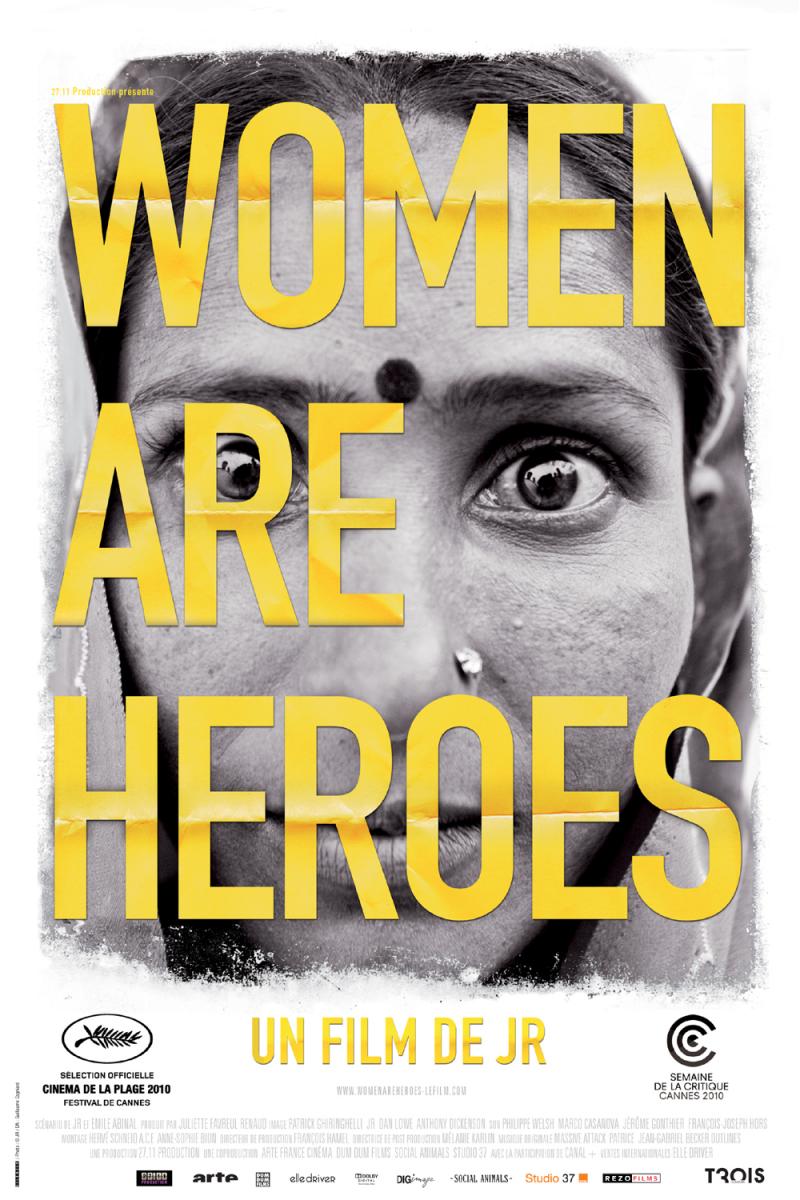 One of his most recent works, the photographic project “Women are Heroes” chronicles JR’s endeavor to highlight the daily courage and magnificent resilience of women living in conflict zones. The photographs have been published in a stunning book “Women are Heroes”, which “talks about women who sometimes walk side by side with death and often embrace life, moving from tears to laughter”. The documentary of JR’s photographic project, by the same name, was celebrated at the official selection at the Cannes Festival in 2010. The film depicts extraordinary women—who have witnessed and endured some of the most merciless atrocities of war as well as the most relentless forms of oppression—smiling, laughing, and giggling as JR photographs them. Their hopeful, fearless portraits were blown up to gigantic scale and used to wrap public structures throughout the world—from the bridges of Paris and the rickety rooftops of favelas in Rio de Janeiro to the slums of Kenya, Cambodia, and India. The women were proud to participate in JR’s project and simply requested that he make their stories travel with him. His film has achieved just that.

JR recognizes women as the pillars of their communities and organized the “Women are Heroes” project as a way for men to pay tribute to them and their tremendous power and strength. What most fascinated JR, as he carried out the project, was the energy and vivacity of the women he met: “generous women who have nothing, but are willing to share, women who have painful pasts and want to build bright futures.” 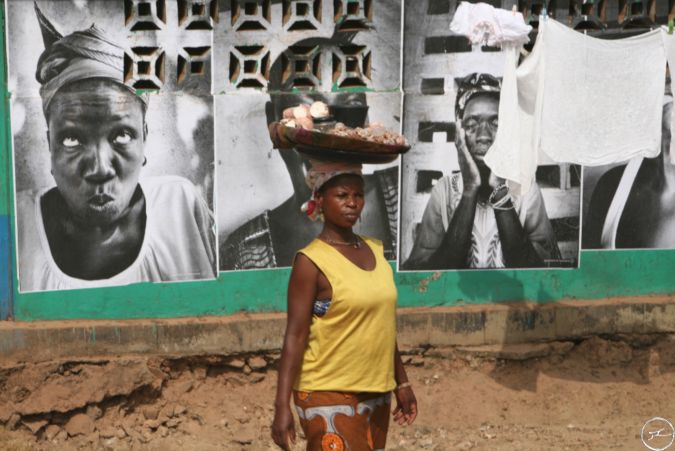 As soon as JR finished posting his pictures in each city, he and his team would disappear, forcing the media to seek out the pictured women so that the women themselves might explain the project and describe their experiences in their own words. In each of the cities they visited, JR’s team would also offer free copies of his books of photographs to members of the community, on one condition: each copy had to be signed by one of the women in the community, in recognition of her central role in its development.

JR was recently announced as the 2011 winner of the renowned TED (Technology, Entertainment, Design) prize, a commendation awarded to entertainers, artists, entrepreneurs and other leaders in innovation, intended to encourage them to continue igniting positive global change. Winners of the TED prize are granted $100,000 and, more excitingly, a unique opportunity to fulfill their “One Wish to Change the World.” The TED community relies on its extensive and prestigious network to find pledges to help extend the winner’s outreach in the project that he or she develops. Since the creation of the award in 2005, TED recipients—including Bono, Bill Clinton and British chef Jamie Oliver—have led efforts to fight poverty, promote education, advocate for interreligious understanding, broaden access to quality health care, and combat childhood obesity.

JR is now using his “One Wish to Change the World” to encourage everyone to “stand up for what they care about” and participate in a global art project called Inside Out. Photographs of people, places, passions, problems; there are no limits on what can be submitted. Once a photograph is uploaded to his website, JR sends a poster of the photo to the submitter, who then pastes the poster wherever he or she deems it most appropriate to help change hearts and minds in his or her community.

Inside Out is a global grassroots movement that has the potential, among other great things, to make strides towards achieving gender equality by illuminating the imperative need to create the conditions in which women can live in safety and freely exercise their human rights. Women’s WorldWide Web applauds JR’s passionate work in telling the stories of those whose voices too often remain muted. We encourage you to let your voice be heard by contributing your own inspiring photos to the Inside Out project.