mothers2mothers: counting down to a world free of pediatric HIV/AIDS 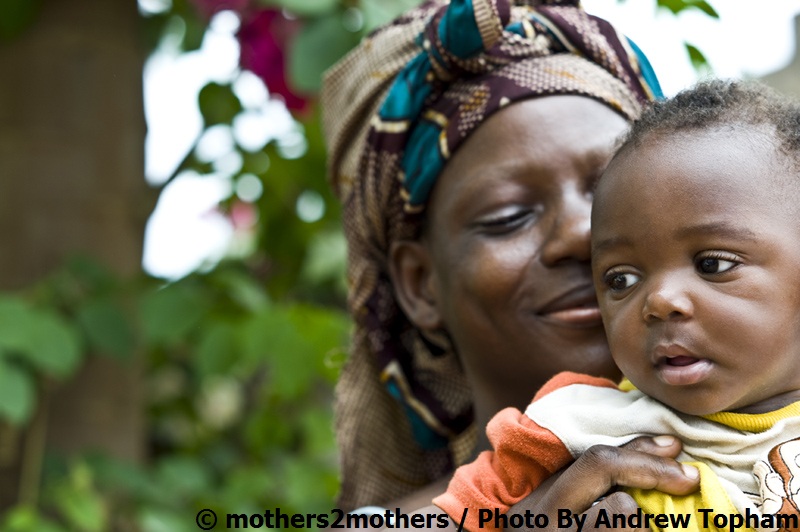 This year’s World AIDS Day focuses on “Getting to Zero”—zero discrimination, zero AIDS-related deaths and zero new HIV infections. Today is an occasion for us to draw worldwide attention to the implications of the HIV/AIDS pandemic and to voice our support both for people living with the virus and for the organizations that tirelessly fight the disease and the stigma that too often attaches to it.

Women’s Worldwide Web’s field partner, mothers2mothers, is leading the way in preventing mother-to-child transmission of HIV and empowering HIV-positive mothers in nine countries across sub-Saharan Africa. Sub-Saharan Africa is more heavily affected by HIV and AIDS than anywhere else in the world: in this region, an estimated 22.5 million people are living with HIV — around two thirds of the global total.

Of the 2.7 million people newly diagnosed with HIV throughout the world in 2010, 390,000 were children (according to UNAIDS estimates). It is a number that can be dramatically changed. If an HIV-positive woman gives birth without the necessary knowledge and medications, the risk of transmitting the virus to the baby can be as high as 40%. And yet, with the proper methods, drugs and facilities, this risk can be reduced to as little as 2%. 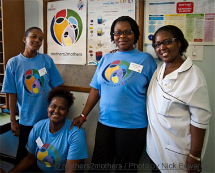 In 2001, Robin Smalley and Mitch Besser made a crucial discovery: although efficient medication for preventing mother-to-child transmission of HIV was available in sub-Saharan Africa, it was not reaching many of the women who so desperately needed it. The main deterrent appeared to be the women’s fear of stigmatization by or ostracism from their communities, as well as a lack of staff in local medical facilities. To bridge this gap, Robin and Mitch founded mothers2mothers, creating an innovative model of support based on a network of Mentor Mothers: HIV-positive mothers who are trained and employed to educate and assist other HIV-positive pregnant women and new mothers so that they can have healthy, HIV-negative babies. The concept is simple, as Robin explains: “Now, when a young woman comes into a clinic and gets this potentially devastating diagnosis, immediately a Mentor Mother is called to hold her hand, to put her arms around her and say, ‘You’re not alone. I’m positive too and my baby was born negative and healthy—and yours can be, too.’”

The mothers2mothers model of care is stunningly comprehensive and strives to ensure that every woman living with HIV has the greatest chance of giving birth to a healthy baby: “The young woman can be counseled every day on things pertaining not just to her HIV status, but also to her pregnancy—the medications that are available, nutrition, exclusive feeding for her child, dealing with domestic violence, indeed all the things that she has concerns about but usually cannot discuss with anyone. We give her a good, hot meal, often the only good meal that she might get that day. Her Mentor Mother is her advocate during labor and we keep the new mother in the program ideally until 18 months after her baby is tested HIV negative, so the Mentor Mother can support her in her feeding of her baby and act as a bridge to other crucial medical care, to well-baby care, to inoculations, to TB care, to reproductive healthcare, and to all the ongoing support that a new HIV-positive mother needs.” 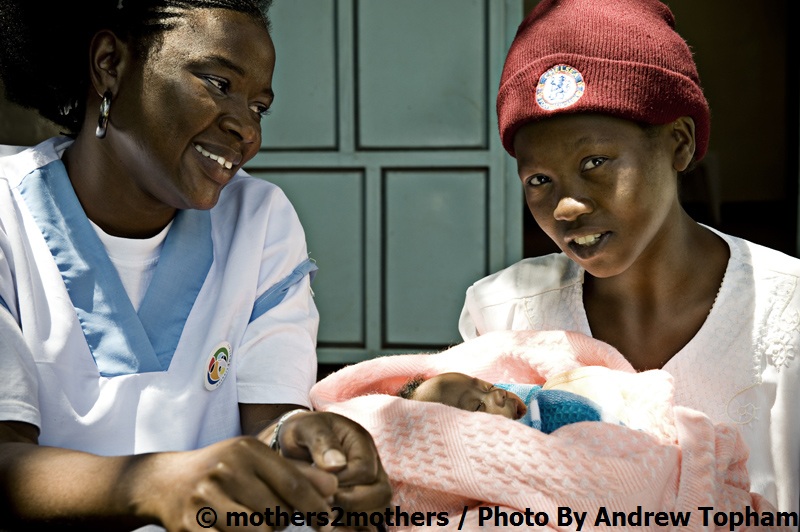 Thanks to programs like these, sub-Saharan Africa has seen a 26% fall in its number of new HIV infections since 1997—and mothers2mothers is shepherding this downward trend by employing over 1,800 HIV-positive Mentor Mothers and educating and empowering the equivalent of one in five of all pregnant women living with HIV in the world. Women’s Worldwide Web applauds our field partner, mothers2mothers, whose unwavering commitment to providing life-giving support is paving the way to achieving the UNAIDS goal of eliminating pediatric HIV/AIDS by 2015.

We encourage you to contribute to mothers2mothers’ inspiring initiatives here.