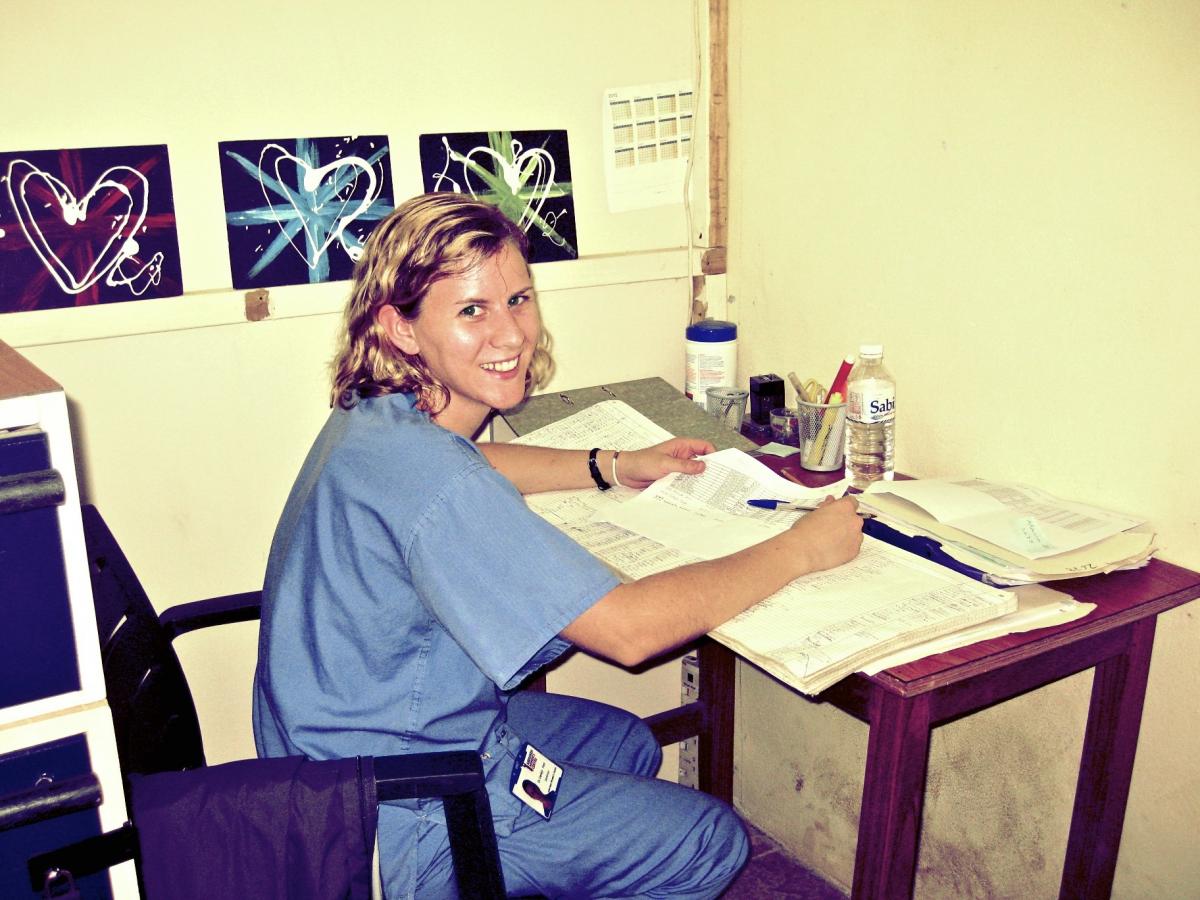 W4 guest contributor, Dr. Carolyn Ford, talks about her experience at the Aberdeen Women’s Centre in Freetown, Sierra Leone, where she and a dedicated local team are working daily to save mothers’ and children’s lives through vital obstetric care. Dr. Ford is an obstetrician born and raised in Scotland. She has been in Sierra Leone since January 2012.

Sierra Leone has the regrettable distinction of being one of the highest ranking countries on international league tables for maternal and infant mortality. The country’s maternal mortality ratio, i.e. the number of mothers who die for every 100,000 live births, is a staggering 970, compared to 12 in the UK. Further, nearly 1 of every 5 children in Sierra Leone dies before reaching his or her fifth birthday.

These statistics must be placed in the context of a country emerging from a devastating, 10-year civil war. Nonetheless, they are tragic, especially today, in a world where medical advances give mothers and babies with access to good care and treatment an excellent chance of safe outcomes. Although Sierra Leone has seen some progress in this domain, hundreds of women and thousands of children continue to die each year owing to a lack of basic care. 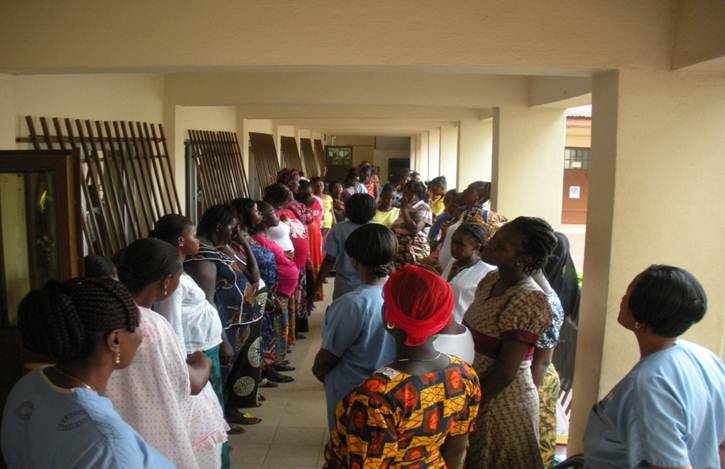 In Sierra Leone, mothers who do survive childbirth still face a high risk of developing ongoing problems such as obstetric fistula – a hole formed between the vagina and bladder or bowel caused by untreated obstructed labour.

Sierra Leone’s maternal health crisis has not gone unnoticed by the international community – Amnesty International went as far as to describe it as a “human rights emergency” in 2009. Despite efforts to improve facilities so that more women can access care, currently only 25% of mothers deliver their babies in an adequate healthcare facility[1]. The country desperately lacks adequate infrastructure, material resources and trained, qualified personnel. Consequently, countless women are deprived of vital services and care.

With the aim of providing safe maternity care and preventing obstetric fistulas, a small team of obstetricians and midwives opened the Aberdeen Women’s Centre (AWC) maternity unit in Freetown, Sierra Leone in 2010. The centre is proving that, even without recourse to sophisticated tests or techniques, birth outcomes can be dramatically improved if adequate basic care is consistently provided for women and their children. 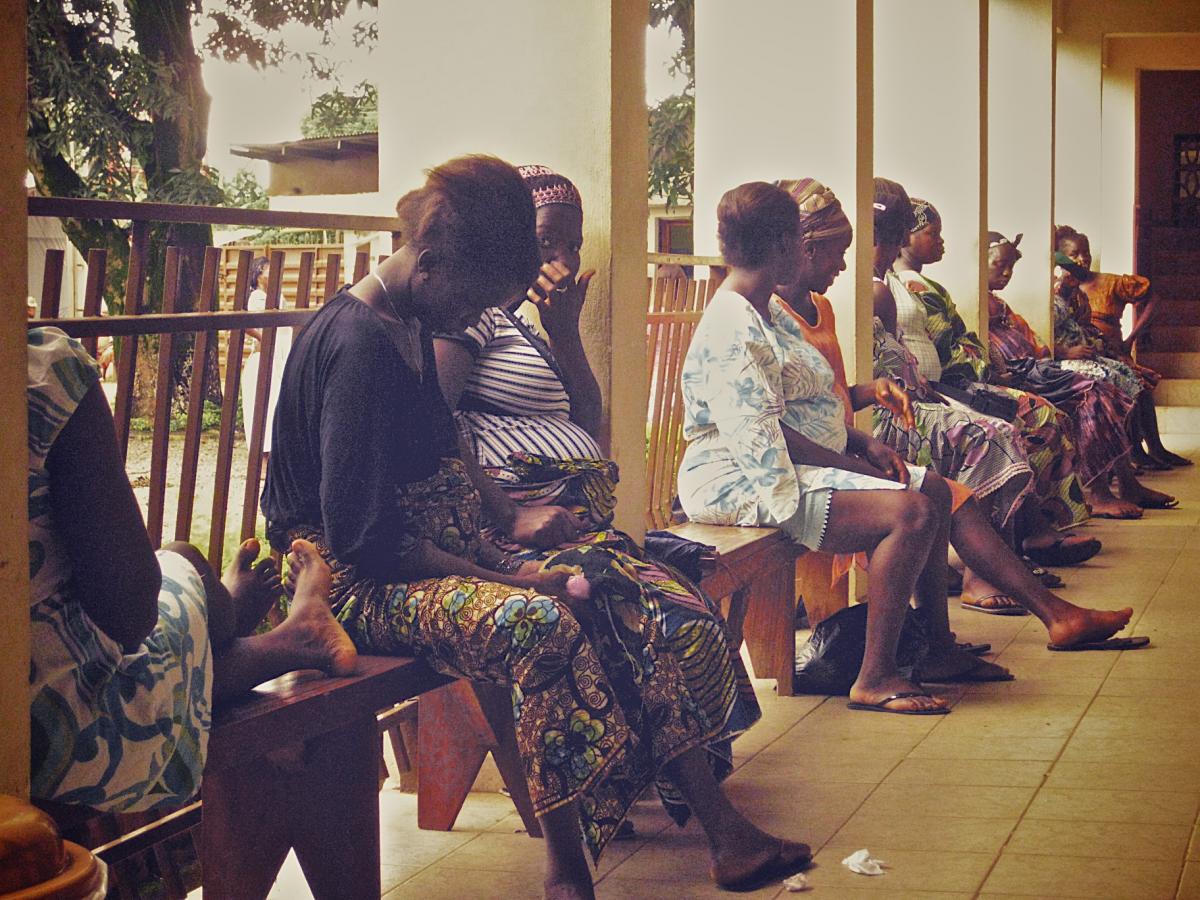 The Aberdeen Women’s Centre maternity unit is a free facility, providing antenatal and delivery care for the poorest women in the local community. The unit has been open for two years now and delivers over 100 babies each month. Women come from the slum areas near the district of Aberdeen in Freetown and can benefit from regular care and monitoring from 4-5 months into their pregnancies until they give birth. Scans, vitamins, anti-worming and anti-malarial treatment are all routinely provided and women are admitted to the unit if they experience any complications.

The unit also provides crucial postnatal care, including long-acting and permanent forms of contraception and, in addition to the maternity unit, there is a fistula unit that has the capacity to treat up to 600 women each year, as well as a children’s clinic that provides care to around 1,000 children every month. 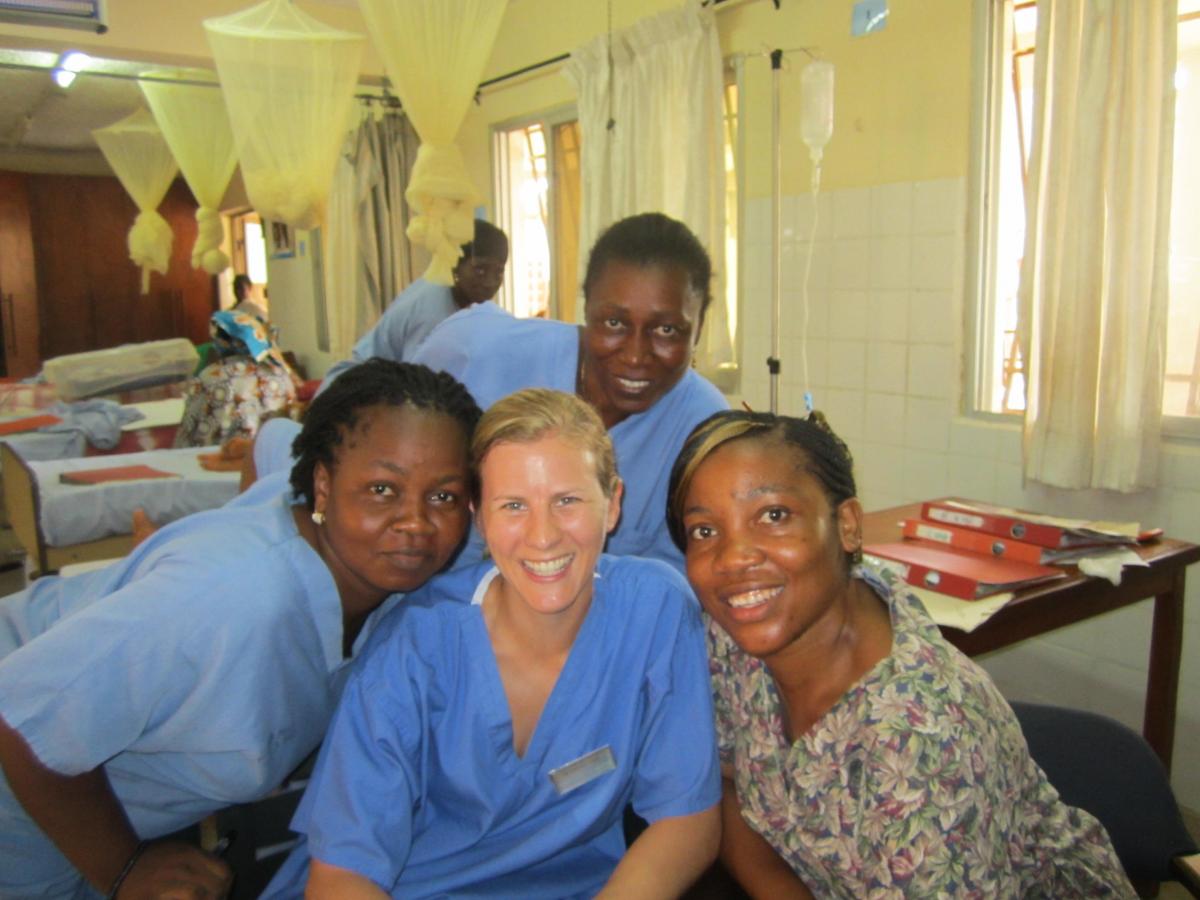 The team at the centre consists of 12 Sierra Leonean midwives, a small number of local doctors and an international obstetrician. The midwives received on-the-job training from an international team of midwives and visiting obstetricians at the start of the project, and now continue to work with only occasional assistance from international volunteers. The centre’s combination of better staffing levels than in government facilities, guaranteed salaries and safe facilities encourages positive staff morale and this, in turn, leads to better care for patients.

Midwives are trained to use a partograph (birth chart), as recommended by the World Health Organization (WHO), that enables them to diagnose cases of obstructed labour and intervene in a timely fashion – before there is a chance for complications such as fistula to develop – and the centre is equipped with an operating room allowing doctors to perform emergency Caesarean sections when required.

The centre will perform necessary planned Caesarean sections for pregnant women who are experiencing a “malpresentation” – which means that the baby is not positioned to ensure a safe vaginal birth – women with a low-lying placenta – a placenta that has attached itself to the cervix – as well as for women who have had a previous obstetric fistula. 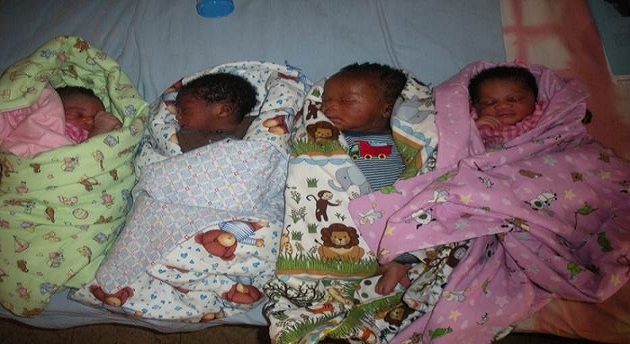 Women in Sierra Leone are aware that pregnancy, in their country, is potentially dangerous, often fatally so, and it is commonly accepted that many babies will die. Thus, women delivering at the AWC are exceptionally grateful, not only to be offered free care and to be treated with respect, but also to be able to leave the centre with their baby in good health and reassured of their own good health. 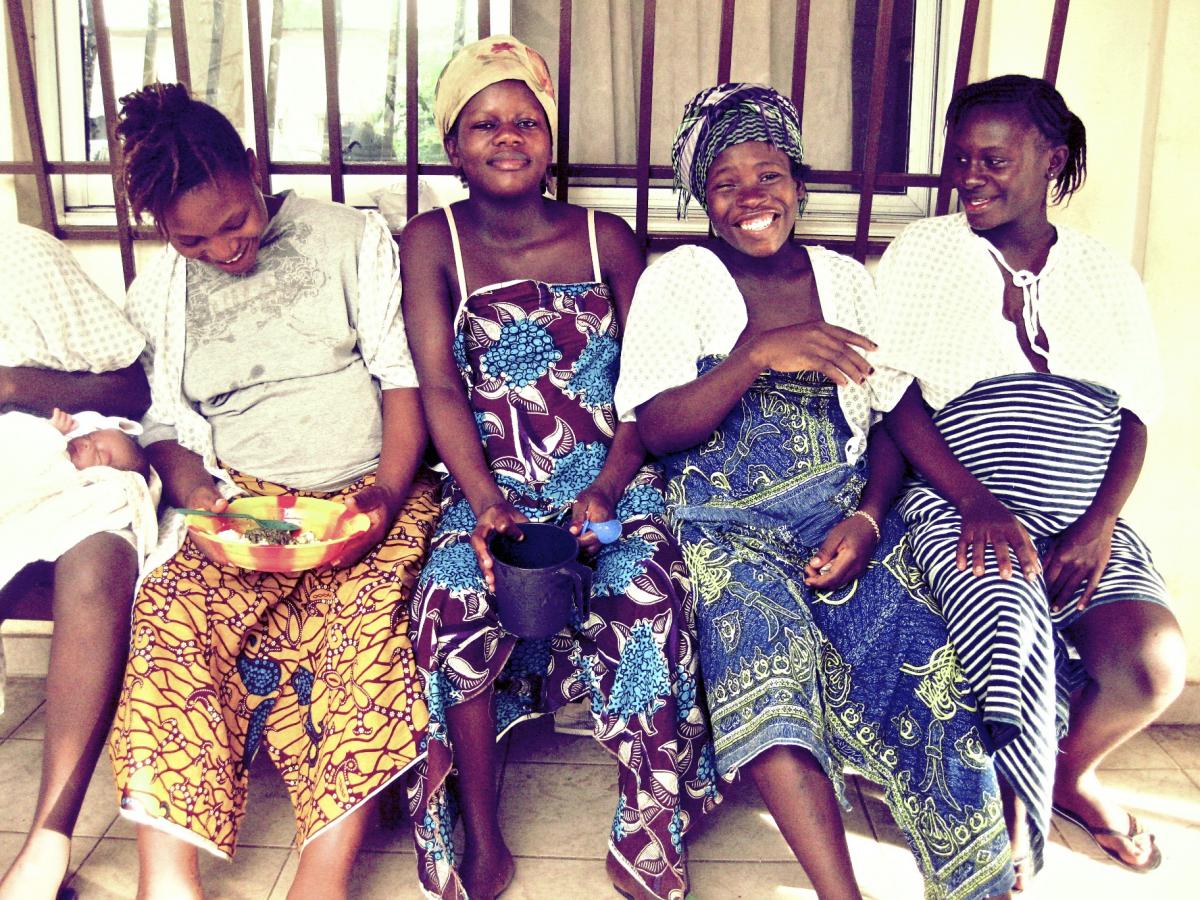 Unfortunately, not all women in Sierra Leone are able to come to the AWC maternity unit for care and delivery. Our hope is that our trained midwives will go on to become trainers themselves, disseminating their skills and sharing their experience.

The AWC benefits from some government funding (under the umbrella of Sierra Leone’s national Ministry for Health and Sanitation), but relies heavily on the generosity of private donors; it is managed by a UK-based charity with funding for the maternity unit provided by two donors, the Freedom for Fistula Foundation and Engender Health. Of course, a constant, never-ending challenge is to raise sufficient funds to cover costs.

Despite government efforts, Sierra Leone still has a lot of progress to make in ensuring that women’s rights are strengthened and that women can have access to vital care for themselves and their children. This will require a stable political situation with a democratic government, in addition to ongoing support from the international community.

There is a definite need for other women’s empowerment initiatives in Sierra Leone, starting with improved education for women in literacy and numeracy skills, and also in reproductive health and family planning. At present, Sierra Leone has only an 8% Contraceptive Prevalence Rate (CPR) – only 8% of women aged 15-49 across the country use any form of contraception. It is also important to raise awareness locally and globally about the risks of early and repeated pregnancy, and the potential complications; such as obstetric fistula, that can occur if women do not have access to adequate facilities.

We invite you to support the work of the Aberdeen Women’s Centre, ensuring that women in Freetown, Sierra Leone have access to life-saving obstetric care facilities and services.