“Girls on the Air” by Valentina Monti: Fearless women use radio to make ripples of change in Herat, Afghanistan 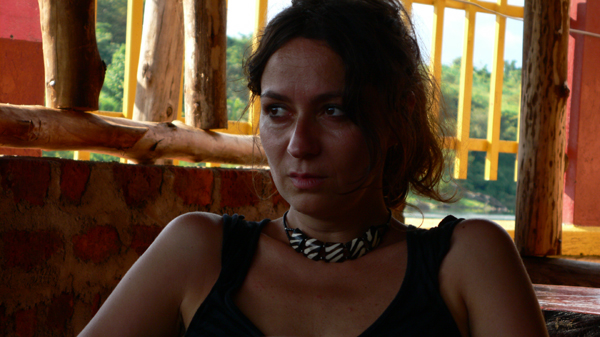 Upon completion of her studies, Humaira Habib, born in Kabul, Afghanistan, held on to her dream of becoming a journalist and giving voice to the people of her country. In 2003, Humaira’s dream was transformed into a reality, when she, together with a group of other Afghan women, rented microphones and headphones and opened the doors of the Radio Sahar station in Herat, the third largest city in Afghanistan.

Radio Sahar (“Radio Dawn” in English) began broadcasting live in October 2003. Today, eight years after it was founded, the voices of Radio Sahar’s female journalists are regularly transmitted across the airwaves, echoing throughout Herat’s central market, crackling over taxi and office radios, and permeating the households of the surrounding countryside. 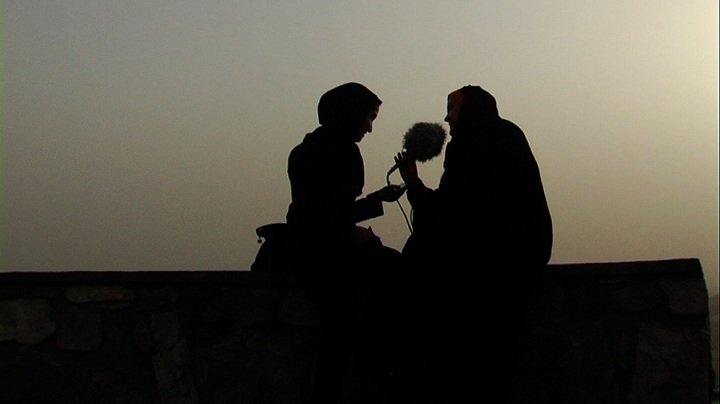 Brave and outspoken women can be heard discussing issues concerning women’s rights and conditions, as well as reporting on the daily challenges that women continue to face in Afghanistan. Radio Sahar offers Afghan women the important and vital opportunity to share their stories through eye-witness reporting and to showcase their literary talents by reading their own inspiring works of poetry and fiction to listeners.

In 2006, filmmaker Valentina Monti came across the extraordinary story of Humaira Habib and Radio Sahar while reading the newspaper. Immediately she was inspired to recount this heroic story in a powerful documentary. Driven by a vision, she headed to Herat to meet with Humaira and develop the conceptual framework of her documentary. 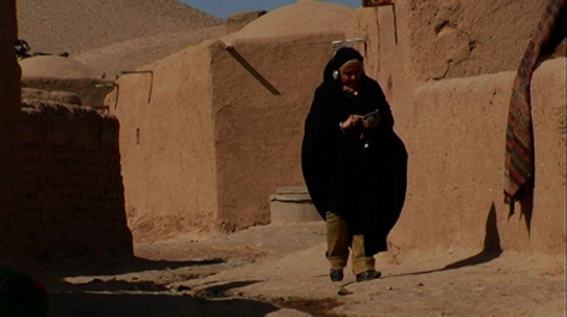 Monti recalls: “In post-Taliban Afghanistan, Radio Sahar, an extraordinary radio station was created, reporting on the real problems faced by the community and transmitting the voices of young Afghan women to remote villages. I decided that my second film had to lead me back to Herat so that I could enrich my understanding of the intensity of these women’s courage. Accessing information doesn’t change the world on its own but is the first step in doing so.”

According to the UNDP, Afghanistan has an adult literacy rate of a mere 28% and a female literacy rate of only 14%. These indicators, coupled with the fact that few families are able to afford televisions, render radio crucial in educating and informing people in the most remote and disenfranchised areas of the country. Radio provides people with essential information concerning their rights and is routinely used to illuminate the unacceptable conditions of women and children. Radio Sahar’s use of the airwaves to reinforce its awareness-raising efforts and to extend its outreach illustrates the importance and necessity of radio in Afghanistan’s information culture.

“Herat was, unfortunately, the city with the highest percentage of self-immolation in Afghanistan,” Monti tells us. “Now, women know that there is a place where they can go to fight for their rights, for their freedom of speech and for respect. Radio Sahar plays a crucial role in this process.” 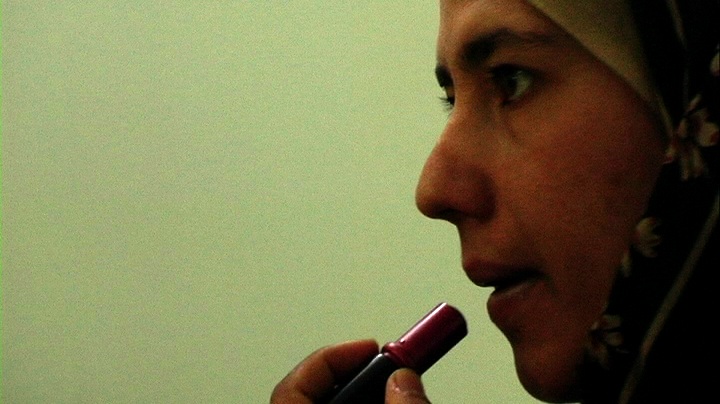 “Girls on the Air” depicts the lives of a variety of women: from the young journalist founders of Radio Sahar to the poorest women living in the neighboring countryside. This resonant documentary sheds light on the diversity of modern Afghan women’s needs, aspirations and hopes – which are profoundly influenced by their age, educational background, and rural and urban lifestyles. The film progressively challenges the international media’s often one-sided representation of Afghan women.

“The documentary genre allows me to venture into the complexity of the stories,” says Monti. “It always keeps me in suspense, feeds my curiosity to see behind the façades and helps me to maintain an open mind.” 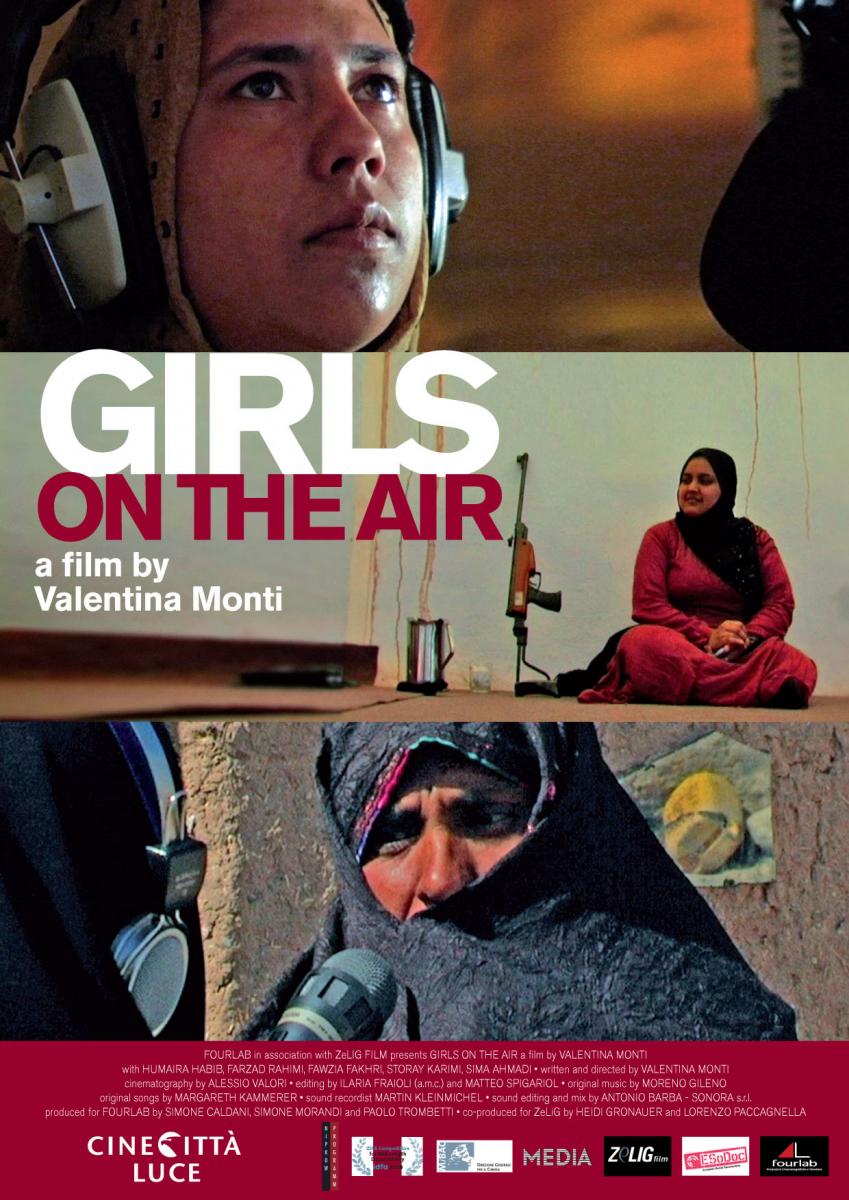 “Girls on the Air” focuses on empowered young women, like Humaira, who challenge and strive to change the reality around them. As Monti explains: “There is a common thread binding together the characters in my films: each of them relies on the power of communication in her fight to change the rules of reality, to extend the boundaries of her world through the inspiration of a dream, to achieve greater social justice.”

This artful film also candidly illustrates the injustices that the majority of women in Afghanistan continue to endure. The journalists at Radio Sahar report on persisting obstructions to women’s progress across Afghanistan, in particular forced marriages, domestic violence and restrictions on divorce. “I follow the journalists of Radio Sahar as they interview women at the Court of Justice in Herat who are asking for divorce – women wearing burqas but fighting for their rights, women who, until a few years ago didn’t know it was possible for them to ask for a divorce,” Monti explains. “I hope that, in confronting the viewer with these stories, crystallized beliefs can be shattered, allowing the viewer to consider new ways of looking at issues.” 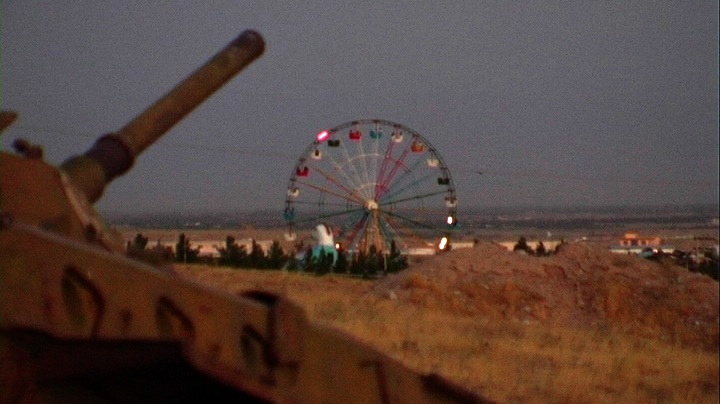 “Girls on the Air” gives hope to viewers, showing that things can change, even in the harshest reality of southeastern Afghanistan. “I believe that someone else’s dream can lead others—through metaphors that can be more revolutionary than a thousand words…,” Monti says.