Ghida Anani’s Quest for Gender Equality in the Middle East

Ask any of her staff and they will tell you that Ghida Anani is a mission-driven social entrepreneur, a strategic thinker, and a leader who knows how to encourage and challenge her team. Beyond her network of supporters, however, Anani is often the subject of controversy. She is the founder of the Beirut-based ABAAD Resource for Gender Equality.

ABAAD’s mission is to foster gender equality through policy development, legal reform, gender mainstreaming, engaging men, eliminating discrimination, and advancing and empowering women to participate effectively and fully in their communities. In a society challenged by conflict, religious fanaticism, a volatile economy, and a ballooning Syrian refugee crisis, this is a hard-fought battle. But Anani, known to be a force of nature and courageously bold when it comes to making change, is up to the task. She believes that lasting transformation must happen at all levels of society and she is not afraid to challenge silo mentalities by bringing together religious and community leaders who hold opposing viewpoints and who traditionally do not interact with one another. 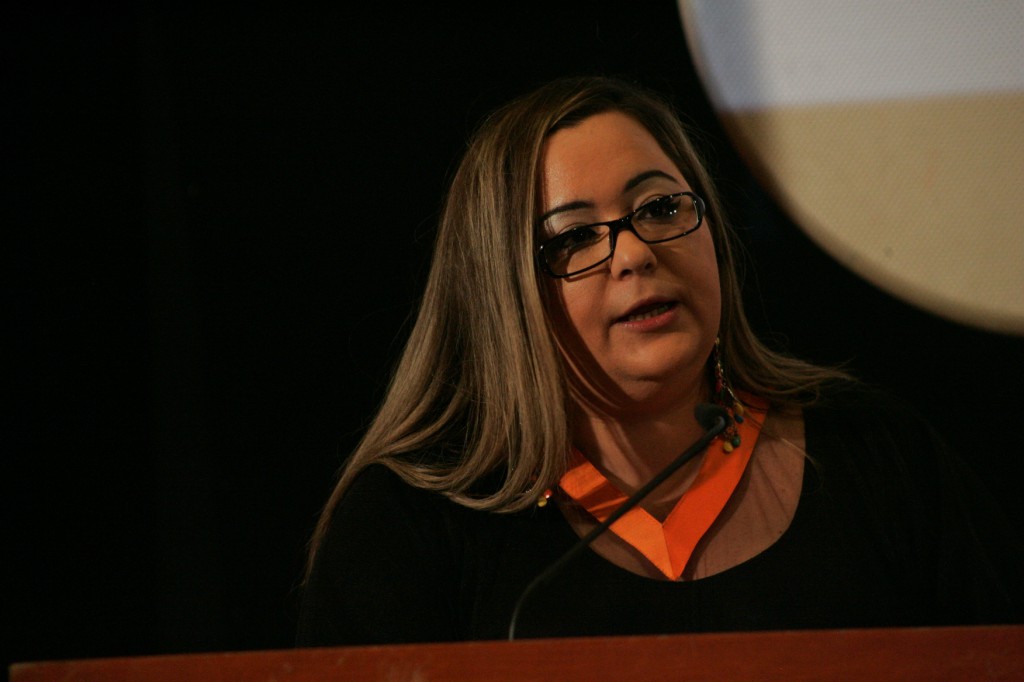 A social worker by training, Anani began her career by working to protect women and children from violence and exploitation. Providing sanctuary for women and children in violent situations remains a priority for Anani, but, with ABAAD’s founding, her mission has evolved to include working with men. In addition to founding and running the first three women’s emergency shelters in Lebanon, the team at ABAAD engages men and helps them to become more involved fathers and to work alongside women in the fight for gender equality.

“Violence deprives a man of the freedom to realize and experience his humanity. And a violent relationship is a game of two,” says Anani. “In our context, gender socialization and patriarchy have created a continuous fight between men and women over power and control, where women are always the most vulnerable.  Achieving gender justice and equity can only be realized by working with both sides of the equation – if men are part of the problem, they should be at the core of the solution as well.”

“While recognizing this reality might look simple, paving the way to understand, address and engage in a ‘Men’s World’ is not that simple. It is even more complex in a societal environment and system where fighting for women’s rights and ending violence against women has always been a ‘Women’s World’, led by feminist activists.  To achieve this goal, men have to realize the cost of gender socialization to both men and women.”

ABAAD’s most recent endeavour has been in collaboration with Promundo, a well-known NGO founded to “promote gender justice and prevent violence by engaging men and boys in partnership with women and girls,” and supported by the Geneva-based Womanity Foundation, whose mission is to empower girls and women to shape their futures and accelerate progress within their communities.

Anani’s team is piloting a new program, adapting a successful Promundo initiative called Program H, which provides avenues for men and boys to reexamine gender stereotypes. Through Program H, Promundo has reduced intimate-partner violence among more than 250,000 young men and women across 40 countries, by combining group education with youth-led activism to achieve equality and reduce violence. Public school systems in Brazil, India, Croatia, Chile, Nicaragua, and elsewhere have officially adopted the approach as part of their school curriculum.

The Lebanese context presents significant new challenges, however: this will be Program H’s first application in a refugee scenario, where violence against women and the prevalence of damaging gender stereotypes are more pronounced and persistent than they otherwise would be. Modern Lebanon has been shaped by violence; with fighting borne primarily by men, patriarchal attitudes and aggression have been reaffirmed as acceptable male behaviour. The ongoing conflict in Syria keeps Lebanon on the edge of conflict, perpetuating a state of political and economic insecurity.

According to a rapid assessment conducted by the World Bank in 2013, a quickly growing refugee population, flooding the market with cheap unskilled labour, is pushing an already indebted economy to the brink. Unemployment among Lebanese is swelling, while tourism and trade revenue are shrinking. When men are unable to fulfil their traditional roles as providers, frustration can manifest itself in violent behaviour towards women.

Moreover, while women attempt to take on greater responsibility for income-generation in this failing economy, they are still held responsible for household duties. This dissonance between the professional encouragement of women and unyielding domestic expectations leads to frustration, and often violence, at home.

“Ghida [Anani] focuses on changing the culture that generates discrimination and gender-based violence, rather than just scratching at the surface of the problem,” says Antonella Notari Vischer, Womanity’s Director.  “This has led her to search for a constructive and progressive dialogue across divisions and to courageously and creatively test new approaches. We are proud to be able to contribute to her efforts in such a complex environment as the one where she operates.”

ABAAD will eventually bring Program H to places beyond Beirut, including rural areas, and ultimately to the greater Middle East. Anani and her team are dedicated to  championing change through “positivity, credibility, integrity, patience and believing.”