Free the Slaves: Tackling slavery from grassroots to government levels

On International Day of Remembrance of the Victims of Slavery and the Transatlantic Slave Trade, W4 remembers the millions of people who have been exploited as slaves throughout the centuries and reiterates the importance of educating future generations about the causes and dangers of such human rights abuses. Despite the abolition of the Transatlantic Slave Trade in the 19th century, human trafficking and slavery continue to afflict societies across the globe, hindering the fulfillment of fundamental freedoms for tens of millions of people in the world today. 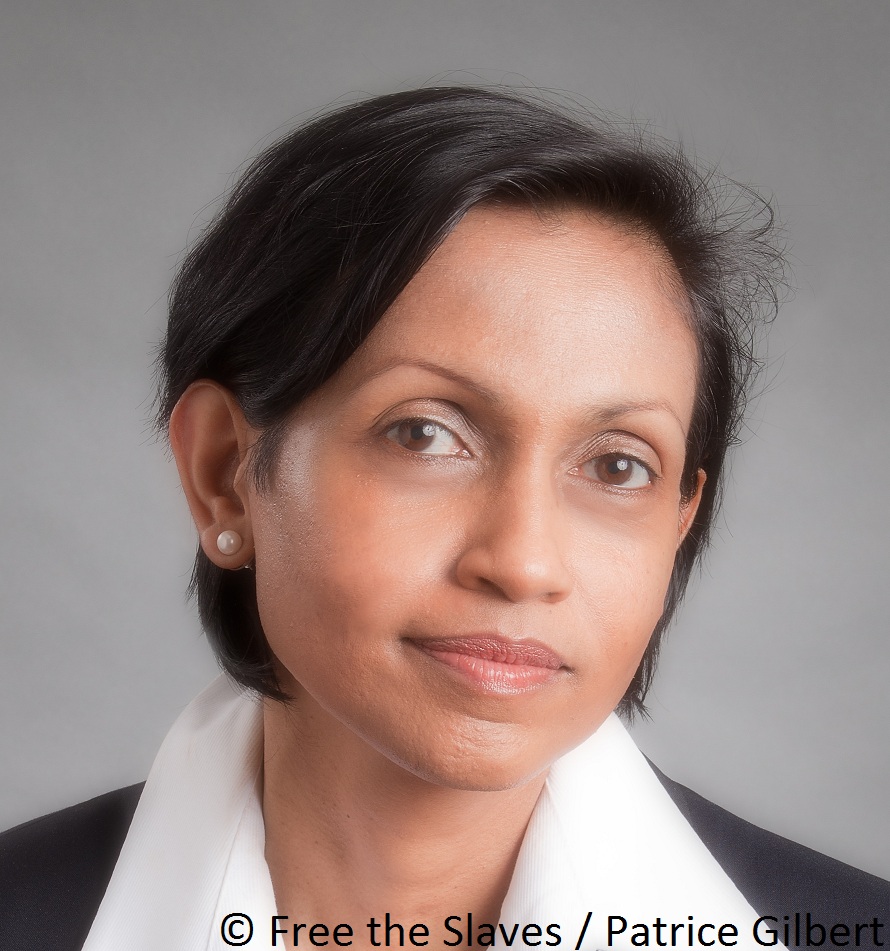 W4 is proud to highlight the life-saving initiatives of Free the Slaves, a US-based nonprofit organization working to combat modern-day slavery at local, national and international levels. We recently had the opportunity to connect with Free the Slaves’ Executive Director Indika Samarawickreme and learn more about her work fighting one of the most pervasive and devastating crimes in human history.

As a young girl in Sri Lanka, Indika came home from nursery school one day to welcome Naesu, a 7-year-old girl who would work as a domestic servant for her family. As a child, Indika could not comprehend the concept of slavery, but she did understand that she and Naesu had specific roles and positions vis-à-vis one another. The very fact that Naesu wasn’t allowed to sit on Indika’s chair or bed made it clear to both of them that, although they lived under the same roof, they had been born into two different worlds.  “What concerns me was that there were cultural norms that we both understood and conformed to, even as young children,” Indika says.  “She had her place and her role, and I had mine… It was simply an accident of birth that I was born into freedom and Naesu into domestic servitude.”

By the age of 14, Indika was already determined to arm herself with the knowledge and management skills that she would need in order to lead a coalition against contemporary slavery.  And now, at Free the Slaves, she is doing just that.

According to Free the Slaves’ research, there are an estimated 27 million slaves in the world today—the largest number in history.  And every individual, no matter his or her location, plays an important role in perpetuating or combatting the phenomenon. “Slavery remains a ubiquitous, albeit concealed, aspect of contemporary human life,” Indika says. “Whether or not we realize it, you and I are connected to it. Every time we use our cell phone or computer, for example, we are fuelling an industry that is founded on slave labor. It is important to remember that slaves can be found carrying out all kinds of work – in mines, on farms, in factories, on fishing boats and construction sites, as well as in brothels.”

Slavery, whose roots largely lie in poverty and inadequate education, puts girls’ and women’s futures at particular risk. “When women are desperately poor or held back by a lack of education, and when a growing population leads to intensified competition for jobs, the vulnerable become easy prey for traffickers. Many women are enslaved in their home communities. Yet we also see millions of women moving from rural to urban areas looking for work, or from poor countries to richer ones seeking a better life, with millions of them finding themselves trapped by traffickers posing as legitimate labor recruiters.”

The era of the Transatlantic Slave Trade may be over, but slavery has evolved into a more complex evil. It can no longer be simply defined as the act of one person owning another. Today, slavery takes on many pernicious and damaging forms: marital and sexual slavery, serfdom, debt bondage and other forced labor, for example.

And these different forms of slavery can overlap, which means that, at all levels, efforts to eradicate exploitative practices need to be broader in focus. Indika explains that sexual slavery is only one of the ways in which girls and women are exploited: “The plight of women and children tends to be oversimplified, defined solely in terms of sex slavery. The reality is more complex. Whether women or children find themselves enslaved on farms, in factories or even in domestic work – be it in India, Nepal, Haiti, Ghana or the Congo – they are regrettably vulnerable to sexual exploitation as well. So, our understanding of modern slavery needs to go beyond the reductive vision typically offered by policy, advocacy and the media… Without overlooking the problems of boys and men, we must take into account the true extent of forced labor today, and recognize a far greater incidence of sexual exploitation of women and girls than is generally publicized.”

Free the Slaves takes a holistic approach, working to abolish modern-day slavery on four main fronts, which Indika describes for us:

The first is at the community level. We don’t parachute in and tell people or nations what to do. We believe in empowering people to liberate themselves. The first step is to inform, and then to help people to break free in a sustainable way. All our overseas work is carried out in collaboration with frontline partners who develop solutions that are adapted to their particular situations.

Next we tackle the demand. No business wants to have slave-made products or employ slavery-tainted materials in their products. Some businesses don’t even know if their supply chains are tarnished. Thus, our current aim is to eliminate slavery completely from the production of electronics, textiles and agricultural commodities.

On a global scale, we’re working to persuade international aid agencies and institutions that putting an end to slavery represents one of the most cost-efficient ways to fight poverty and foster economic development. If you build a school in a poor village, for example, but the children can’t attend classes because they are enslaved at a mine or on a farm, there is a lot more work involved than providing a building, materials and teachers. Getting global agencies to view their work through the lens of slavery will thus ensure that aid projects are more effective and will leverage their resources to ultimately bring an end to slavery in all its forms.

Lastly, we advocate for stronger laws to prosecute traffickers and slaveholders, for sustainable funding to help survivors rebuild their lives, and for continued research and awareness-raising so that everyone will know the full scope and impact of slavery today.

So, how can we help to ensure that individuals, indeed entire communities, can benefit from perennial freedom once they have been empowered to rebuild their lives? Indika tells us that the answer lies largely in the potential of women as change-makers in their communities: “Women are the driving force behind the social change that occurs when freedom takes root in communities formerly plagued by slavery. We know from our work on the ground that women will do whatever it takes to get their children educated and give them a better chance in life. That is vital for sustainable freedom.”

We invite you to learn more about how you can get involved in and support Free the Slaves’ incredible work to ensure that everyone can have a bright future – lived safely and in freedom.