Going against the wishes of your family can be a daunting prospect for any child. For a girl in one of the world’s most isolated communities, it can seem impossible. On International Day of Zero Tolerance to Female Genital Mutilation (FGM), W4 is proud to feature the inspiring work of our Field Partner Voices of Hope, whose grassroots work is empowering young women to do just that – to take a stand against FGM and to be the change that they want to see in their community.

This year, three million girls are at risk of being subjected to a ritual which is outlawed by the international community as a violation of human rights. Despite widespread campaigns, female genital mutilation (FGM) remains prevalent in some of the world’s least developed communities. In Africa alone, an estimated 92 million women are living with the painful and often disabling consequences of a procedure that carries serious long-term health risks. Wherever in the world it is practised, genital cutting is damaging not only to the girl, but also to her family and their livelihoods. 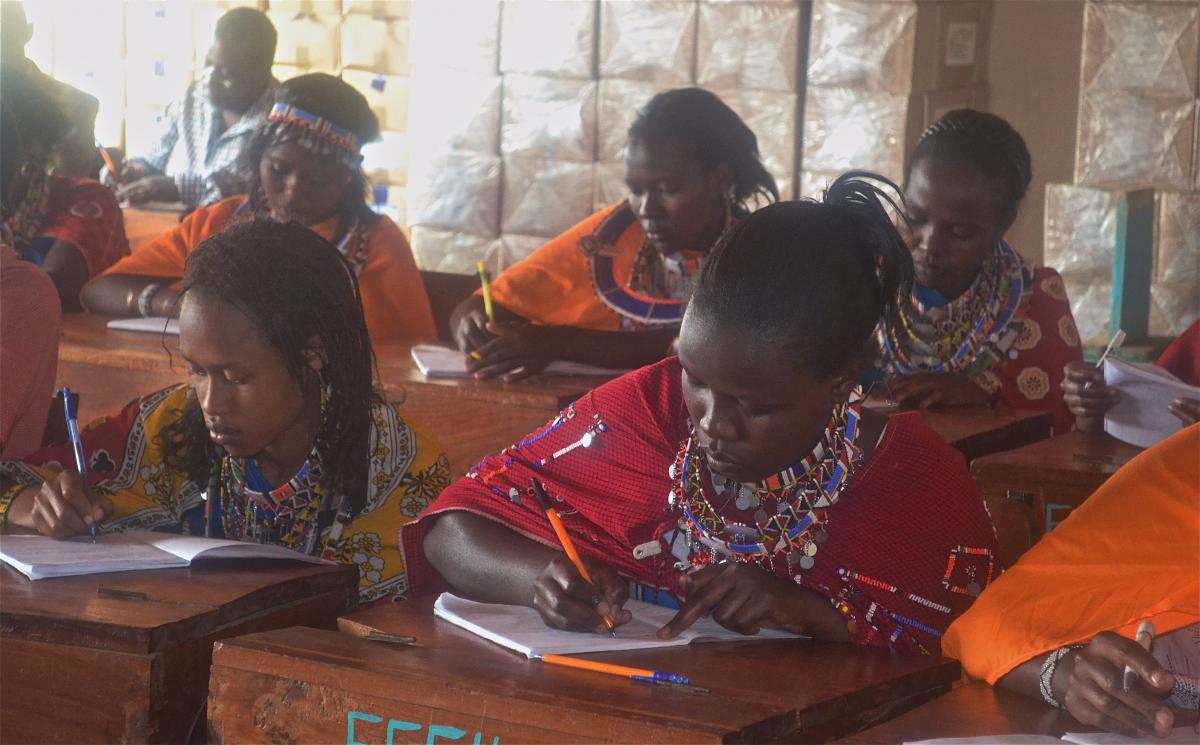 One woman who is at the forefront of vigorous efforts to eliminate FGM is Rachael Tengbom. Born and raised in the Maasai culture in Kenya, she understands only too well the pressures that young women face to undergo FGM. A largely self-sufficient community, the Maasai have proudly retained their strong cultural identity and distinctive traditions, including FGM, which features prominently in their rite of passage ceremonies. Many girls are forced to end their education at the age of 8 or 9, at which time they are circumcised and married off, often to a man four times their age. Girls who continue their education and refuse to undergo the procedure are commonly seen as having shunned their culture and therefore face a high risk of being driven away. “I came back to Kenya [after some years in America] to find so many girls…roaming around jobless,” explains Rachael. Those who feel unable to return to their village have little choice but to go to the city where, with no marketable skills and no means to support themselves, they frequently become victims of sexual exploitation.

Angered by the often inevitable path towards isolation and poverty faced by those refusing FGM, Rachael founded NGO Voices of Hope in 2006 to offer young Maasai women living in Kenya’s Kajiado District an alternative path to womanhood.

The organisation is based on the belief that change is possible and that educated Maasai women can become strong leaders within their communities. “If there’s going to be a change, it’s going to be brought about by women,” Rachael declares without hesitation. In order to drive this change, Voices of Hope offers scholarships for talented young Maasai women to go to university. So far, over forty women have benefited from the programme, and the waiting list for scholarships is growing rapidly. Rachael beams when she tells us that three more of the young women sponsored by Voices of Hope graduated from university in December. So how do Rachael and her team select the successful applicants?  Rachael is clear: the young women that she selects are those who can really bring about change within their communities while maintaining Maasai values. “We want women who are passionate about their people but also willing to take a stand against FGM. The expectation is that it doesn’t stop here – that after completing their education, they will go on to support their fellow women.”

In addition to scholarships, Voices of Hope plans to build a safe home/learning centre for at least 40 post-high school girls in danger of suffering FGM and forced marriage. Here, the girls will have crucial access to advice and information on careers, health and nutrition, safe sex, managing finances, etc. Rachael also dreams of being able to equip the centre with a library and computer lab: “In the village, the girls have never seen a computer. This is a huge handicap when they arrive at university in Nairobi.”

In order to gain the vital trust and approval of the Maasai people, the centre will also serve as a focal point for the entire community. The team has already drilled a borehole to provide fundamental water access to 350 nearby families and has further plans to install an irrigation system and allotments. The hope is that, with time, the Maasai will accept that educating its young women is not a threat, but rather a key to bringing sustainable economic and social benefits to the whole community. This is crucial if the community is to take ownership of the decision to abandon FGM, instead allowing its girls to mature healthily and confidently into womanhood.

Encouragingly, “attitudes are slowly changing” as the Maasai witness these women not only reintegrating into the community but actively shaping and strengthening it. Undoubtedly, there is still a long way to go, but Rachael is driven by the same belief in the transformative capacity of women with which she started. “Sometimes it’s overwhelming and we cannot help every girl. But we have decided we will help who we can, and trust that each girl will in turn raise her voice and bring hope to others.”

By sponsoring a young Maasai woman’s university scholarship today, you can enable her to lead the way in transforming mindsets and eradicating the harmful practice of FGM in the Maasai community.