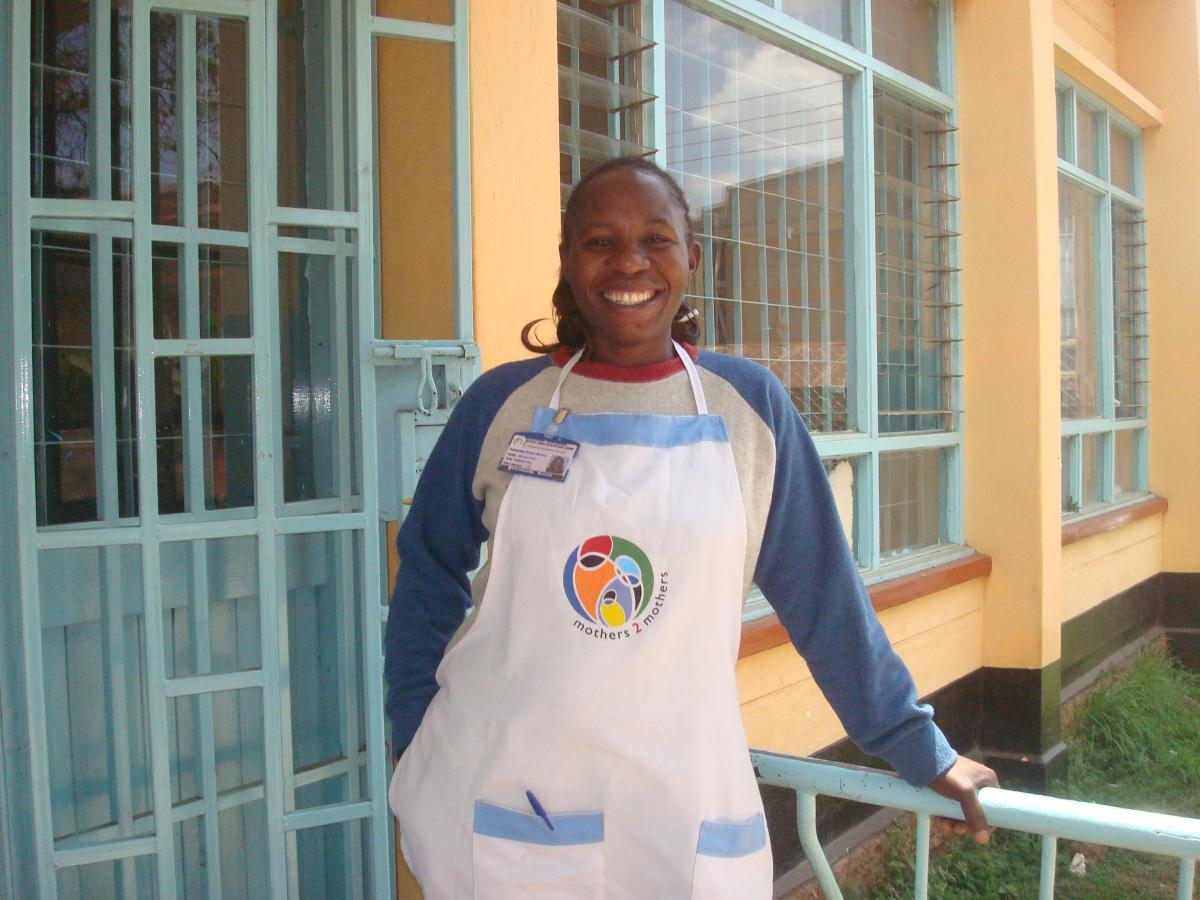 “Thanks to those who gave me the courage to live again and face the future, I will not give up”

mothers2mothers tackles the issue of mother-to-child transmission of HIV by training and employing HIV-positive mothers to work with local healthcare teams and provide training and support to pregnant women and young mothers who are also living with the virus. Here is the story of Grace, a bright, promising young woman whose life fell apart when she learned she had HIV.

Grace Alouch is twenty-five years old and lives in Kawagware, Kenya, a few kilometers from Nairobi’s city center. As a recent graduate of one of Kenya’s public universities, Grace is a role model to her siblings and many of the youth of her hometown of Nyanza. Her mother is well-respected because of her bright, successful daughter. Needless to say, Grace’s family and her rural hometown expect a lot from this ambitious young woman.

Given these high expectations, it is understandable that Grace’s life crumbled when she discovered she was HIV-positive in an antenatal appointment during her first pregnancy. “Like many of those waiting with me to hear their results, I did not anticipate learning that I was HIV-positive,” Grace remembers. “I was devastated.”

Not knowing what to do, Grace was immediately referred to one of m2m’s Site Coordinators, who was able to calm Grace down. “If the Site Coordinator had not had a chance to talk to me so openly, I would have committed suicide,” Grace remembers. “I had just graduated from university, and suddenly I was living with HIV and pregnancy.”

Following the Site Coordinator’s advice, Grace disclosed her status to her boyfriend. To Grace’s surprise, he remained calm and told her not to worry. He thought it was good that she got tested early, so that both could take steps to prevent the transmission to their child. Grace appreciated the support of her boyfriend and continues to encourage him to get tested himself.

Grace began returning to mothers2mothers for support groups, education and inspiration. And it was the Site Coordinator who especially inspired Grace. Also a university graduate, the m2m Site Coordinator shared her own experience of encountering the same life-threatening challenges, and attested that thanks to her PMTCT intervention she gave birth to a HIV-negative baby. The Site Coordinator told Grace that she lives positively every day, still dreams of her future, and has not lost hope. By making educated decisions, Grace can still have the long and fulfilling life she and her community dreamed of.

Grace is forever grateful to have been introduced to the mothers2mothers program. “Thanks to those who gave me the courage to live again and face the future, I will not give up. Thank you m2m for giving me back my life and my future.”

Learn more about how mothers2mothers is helping HIV-positive mothers find the support and information they need to live positive lives and ensure their children are healthy here.