The right to education of Syrian refugee children in Lebanon

The right to education of Syrian refugee children in Lebanon 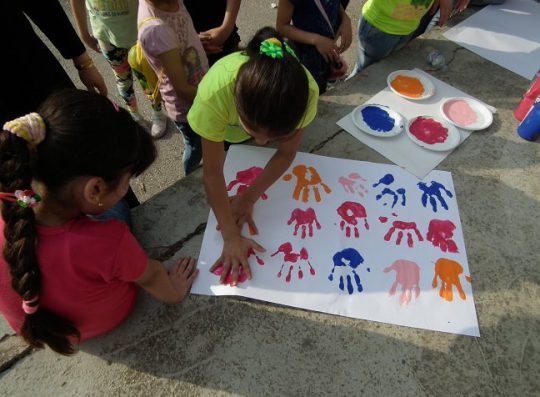 NOW is a GREAT time to DONATE!

All donations to this project will be matched, doubling your donation & impact!

The deadly conflict in Syria has persisted for six years now, forcing nearly 5 million Syrians to flee in search of refuge in neighboring countries and around the world.

After Turkey, Lebanon is the country most affected by the influx of refugees, hosting more than one million refugees, which is equal to roughly 25% of its population. Of these Syrian refugees, 70% currently live below the poverty line and half of these people are children.

Providing access to quality education for these large groups of refugee children remains a major concern. The Lebanese education system is unable to accommodate this volume of students, so we must act now to protect the right to education of Syrian refugee children as well as their right to a safe childhood and give them a chance to grow up with dignity and become the active citizens of tomorrow!

The Lebanese government has nevertheless made considerable efforts to provide care for Syrian children over the age of seven (this is notably a result of lobbying on the part of the international community and the work of small grassroots associations, like Yalla!).

After several years of activity, Yalla! thus decided, in the 2017 school year, to reorient its activities to focus on early childhood. Indeed, the earlier children are able to benefit from schooling (especially when children live in difficult, precarious conditions, such as those of refugees), the more likely they are to succeed in their education!

W4's field partner, Yalla! For Children, works to bring innovative and sustainable solutions to this pressing problem. Their main mission is to help Syrian children who have been out of school to get back into the classroom and gain a quality education.

Yalla!’s qualified team of teachers and coaches works every day to ensure a safe and nurturing environment for these children, helping them to heal the scars created by war and to regain self-confidence.

“Offering children a guided transition into the the Lebanese school system.”

The "Center for Education and the Arts" of Yalla! for Children in Aley offers educational support adapted to Syrian children, helping them to achieve a level of learning sufficient to enable them to access the Lebanese education system. This innovative educational center serves two purposes:

1. To promote children’s right to education: every year, Yalla! gives 125 children access to courses whose contents are developed with the help of a foreign language expert specializing in teaching in emergency situations. The content is adapted to both the needs of Syrian children and the requirements of the Lebanese school system. Yalla! has put emphasis on teaching English and French (as well as Arab) so that the Syrian children can properly integrate into the Lebanese school system and society, which both make use of these languages.

The educational center also offers psychosocial activities for the whole development of the child, including theater and music workshops, art classes, yoga and sports.

2. To prevent conflicts with the host community: to promote harmony and the move towards peace, W4’s field partner proposes to unite Syrian and Lebanese children of all faiths, ethnicities and socio-economic backgrounds around a project that promotes equality and mutual respect through fun activities.

Finally, Yalla!’s team also promotes awareness-raising among local Lebanese and government authorities about the plight and lack of schooling of Syrian children, in order to convince them of the need to educate Syrian refugee children.

Your donation will help provide a strong support system that benefits 125 children, aged 4 to 7 years old, who come from three different grade levels.

Your giving provides these children in need of refuge with education, safety, and the chance to be children once more.

In addition, you help to prevent these at-risk refugee children from becoming victims of forced labor, early marriage or violence, while helping to encourage peace and solidarity between the Lebanese and refugee populations.

Yalla!'s program for children has already demonstrated its effectiveness at integrating Syrian children into the Lebanese system: 92% of children who attended the Aley Center for Education and the Arts during the 2016-2017 school year were successfully integrated into a Lebanese school to continue their studies.

I am enjoying donating for this project, as I know that more than 95% of my donation is directly benefiting the children and the team of Syrian and Lebanese teachers :)