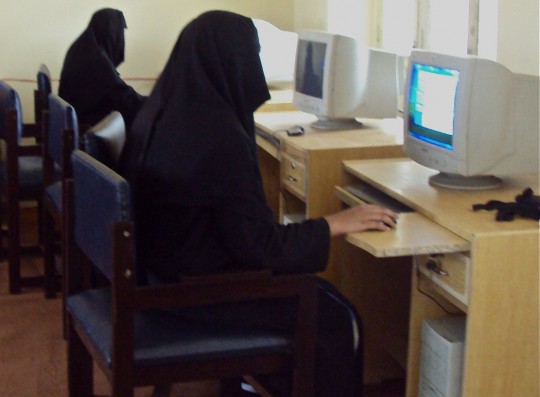 On July 4, 2012, Farida Afridi was on her way to work when she was murdered in the Taliban bastion of Peshawar. She was a 25-year-old women’s rights activist, the Co-founder of W4’s Field Program, Society for Appraisal and Women Empowerment in Rural Areas (SAWERA), and her loss was a tragedy for her community and society as well as her family.

In the Federally Administered Tribal Areas (FATA) of Pakistan, where conflict and insecurity are everyday realities and women are routinely denied education and participation in community decisions, Farida was a trail-blazer, bravely promoting social and economic development and peace through the protection, education, and empowerment of local women and children.

Pakistan is the country with the second-highest number of children out of school—and two thirds of these children (i.e., approximately 3 million) are girls. In the Federally Administered Tribal Areas, a staggering 92% of women and girls are illiterate. In 2009, the Taliban in Pakistan barred girls from attending school, an edict it enforced with indiscriminate brutality. While provincial governments in Taliban-afflicted areas of Pakistan have since increased efforts to promote girls’ education, girls’ access to schooling is still extremely limited for several reason, including ongoing extremist violence, poverty, and highly conservative influences.

Farida was callously robbed of her future, but her dedication to positive change will be exemplified by the success of every girl and woman who benefits from the educational opportunities that Farida devoted her life to fostering.

By funding an educational scholarship for a girl or young woman, you can help her to gain the knowledge, skills, and qualifications she needs to achieve autonomy and determine her own future.

By funding girls and women’s education in the tribal areas, you help women to emerge as role models and agents of change in their communities, fulfilling Farida’s mission to spark community-led social and economic development and peaceful dialogue in the region.

We are thinking of you all.

So grateful for the education that I received and humbled by those women who have the vision and courage to strive for one, in the face of violent opposition.

I am proud of you darling Z! Great project!